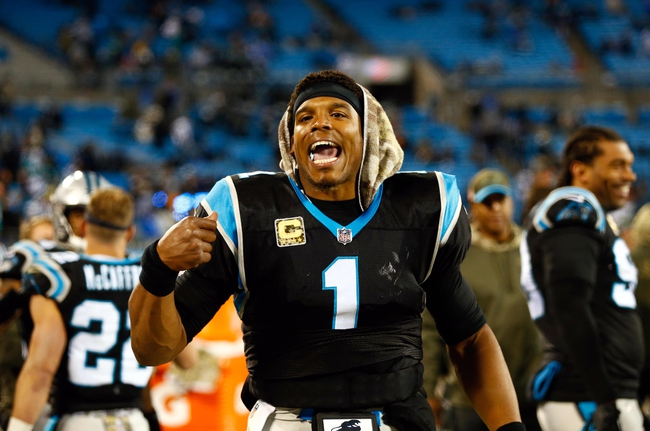 We have some week 2 NFL preseason action from Bank of America Stadium on Friday as the Miami Dolphins take on the Carolina Panthers.

The Miami Dolphins will be looking to rebound after suffering a narrow 26-24 loss to the Tampa Bay Buccaneers in their preseason opener. David Fales led the Dolphins with 115 yards on 8 of 11 passing, while Brock Osweiler saw the majority of the work, completing 10 of 21 passes for 83 yards and Bryce Petty completed 4 of 7 attempts for 53 yards and a touchdown that was cancelled out by an interception. Kalen Ballage saw the bulk of the workload in the Dolphins’ backfield, taking his 10 carries and turning them into 37 yards while Senorise Perry turned his 4 carries into 35 yards and a touchdown. Francis Owusu led the Dolphins with 4 catches for 82 yards in the loss, while Isaiah Ford added a touchdown grab. Vincent Taylor added the Dolphins’ lone sack while Cornell Armstrong led Miami’s D with 5 tackles.

The Carolina Panthers will look to build on a 28-23 victory in their preseason opener against the Buffalo Bills. Taylor Heinicke led the Panthers with 121 yards and a touchdown on 7 of 9 passing while Garrett Gilbert completed 7 of 12 passes for 93 yards and a touchdown of his own. Cam Newton went 6 of 9 for 84 yards passing in limited action. C.J. Anderson and Christian McCaffrey each logged 4 carries and a touchdown in the winning effort while D.J. Moore led Carolina’s receivers with 4 receptions for 75 yards while Curtis Samuel added 4 catches of his own. Mose Frazier and Elijah Hood each added a touchdown grab in the victory. The Panthers’ D combined for a pair of sacks and Shaq Thompson added an interception while Jared Norris led the Panthers with 4 tackles.

The Dolphins were narrowly edged out in their preseason opener, but now news is coming out of some possible dissent in the Dolphins’ squad, with a fight breaking out at practice and QB Ryan Tannehill kicking Kalen Ballage out of the huddle in the loss. That kind of stuff takes a while to fix and can carry over for a couple of games. Carolina played well in their own right and the home team has had the bulk of the success when these two lock up, so I’ll lay the points with the Panthers to keep their momentum going with a second straight victory by a touchdown.