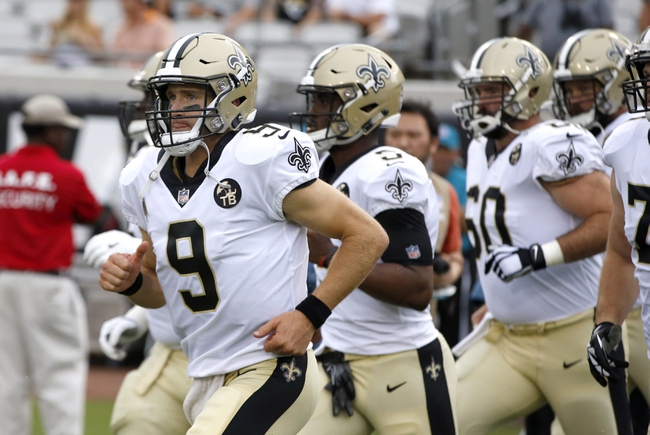 Down at Mercedes-Benz Superdome on Friday, the Arizona Cardinals and the New Orleans Saints will be matching up in NFL Week 2 preseason action.

The Cardinals will be looking to take a step forward to a winning record this year, following an 8-8 result in 2017 and a third-place finish in the NFC West. There will be plenty of new faces and schemes to talk about in Arizona this season.

In their first preseason action on Saturday evening, the Cardinals bagged a 24-17 win over the Chargers. Arizona’s Chad Kanoff led the team in passing yardage with a 3-for-5 line for 66 yards and a TD.

Over on the Saints’ side, they’re coming off a nice year in 2017, finishing at 11-5 for first place in the NFC South. New Orleans won the Wild Card Game against the Panthers 31-26 but fell in the Divisional Round 29-24 to the Vikings.

In Week 1 of the preseason, the Saints managed a 24-20 win over the Jaguars by scoring 14 points in the final quarter. New Orleans QB Tom Savage went 10-of-14 for 70 yards in that one, while Taysom Hill played well also with an 8-of-9 line for 72 yards.

Meanwhile, the over is 5-1 in the Saints’ last six games on field turf and 4-1 in their last five home games. The over is 4-1 in New Orleans’ last five games overall and 6-1 in the last seven meetings between these two teams.

Arizona will likely be using the preseason to feel some guys out and see what they have, since they’re adjusting to a different philosophy. New Orleans knows what they’ve got—up top anyway—and will give plenty of time to their young and new players. That said, I think the Saints have the edge here since there’s less of an adjustment for their guys. I’m going New Orleans.