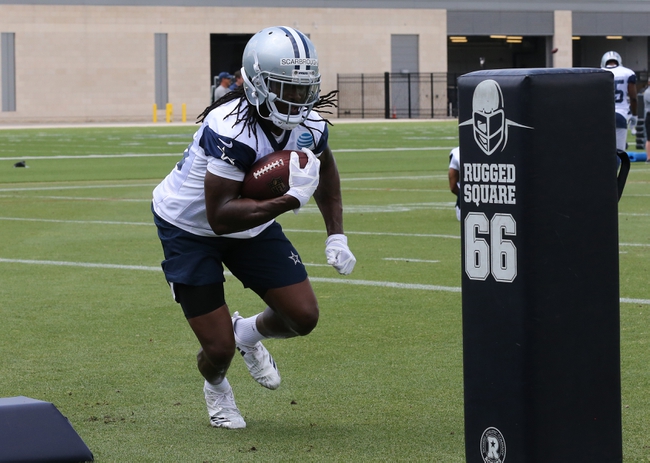 The Cincinnati Bengals won their preseason opener at home against the Chicago Bears, 30-27. In the victory, Jeff Driskel and Andy Dalton combined for 243 passing yards, three touchdowns and one interception. Clayton Fejedelem led the Bengals with 49 rushing yards on one attempt while A.J. Green and Josh Malone combined for 89 receiving yards on five receptions. Davontae Harris led the Bengals with six tackles, Geno Atkins had one sack and KeiVarae Russell had one interception. The Bengals scored at least seven points in three of the four quarters and produced 447 yards for the game. The Bengals backup defense could still use some improvement and you’d like to see the Cincy offense be more effective on third down. However, I’m sure Bengals’ fans will take a rare preseason victory given the way past exhibition games have played out. The Cincinnati Bengals have lost five of their last seven preseason games.

The Dallas Cowboys won their preseason opener on the road to the San Francisco 49ers, 21-24. In the losing effort, Cooper Rush and Mike White combined for 208 passing yards, one touchdown and zero interceptions. Bo Scarbrough led the Cowboys with 33 rushing yards and a touchdown on nine attempts while Marchie Murdock and Michael Gallup combined for 66 receiving yards and one touchdown on three receptions. Charvarius Ward led the Cowboys with five tackles, Joe Thomas had one tackle for loss and Duke Thomas had one interception. The Cowboys scored a touchdown in each of the first three quarters but were outscored 0-14 in the fourth quarter to seal their fate. The good news is the offense took care of the football, and while the defense was gashed, the Cowboys did produce five tackles for loss and create three turnovers. Despite the loss, the Cowboys showed flashes of promise with their backups. The Dallas Cowboys have split their last eight preseason games.

Despite the Bengals winning their preseason game and the Cowboys losing theirs, you can make an argument Dallas played better of the two teams. The Cincinnati Bengals have been a money burning team in the preseason the past few years and the Cowboys return home where they always have a packed house, preseason or not. The Cowboys will likely give their starters a few more reps on their home field and the defense should be improved with a game under their belt. I'll lay the reasonable chalk with Dallas at home. The Bengals aren't trustworthy, especially on the road.