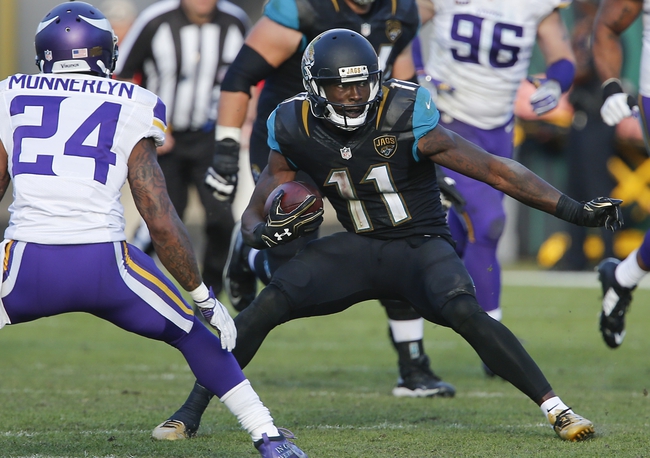 On Saturday up at US Bank Stadium, the Jacksonville Jaguars and the Minnesota Vikings will be matching up in NFL preseason activity.

Jacksonville is coming off a successful season in 2017, posting a 10-6 regular-season record to win the AFC South. The Jags beat the Bills in the Wild Card Round, then took the Divisional Round over the Steelers but missed a Super Bowl bid by losing to the Patriots in the AFC Championship.

In Jacksonville’s first preseason action this season, they fell to the Saints 24-20 by allowing 14 points in the final quarter. The Jaguars’ Cody Kessler led the team in passing with a 14-of-17 line for one TD and zero picks.

Over on the Vikings’ side, they had a solid season as well in 2017, going 13-3 and taking first place in the NFC North. Minnesota won the Divisional Playoff Game against the Saints, but were throttled by the eventual champion Eagles in the NFC Championship.

Minnesota put up lots of offense in their first preseason outing against the Broncos, winning 42-28. Trevor Siemian logged a nice game with 165 yards and two TDs, while Kirk Cousins was 4-for-4 with 42 yards and one TD.

If this were the regular season, a Jags-Vikes matchup would be must-see television. As it stands now however, we’ll get lots of vanilla formations and lower-depth-chart players on the field for the most part. I like what I’ve seen so far from the Vikings offense, and I’ll take Minnesota for the cover in what should be a solid preseason game.