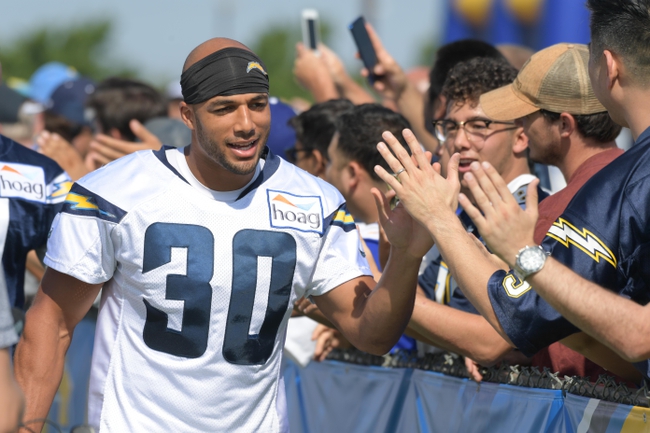 The Seattle Seahawks lost their preseason opener at home to the Indianapolis Colts, 17-19. In the losing effort, Austin Davis and Alex McGough combined for 99 passing yards, zero touchdowns and one interception. Chris Carson led the Seahawks with 26 rushing yards on four attempts while David Moore and Nick Vannett combined for 55 receiving yards and one touchdown on four receptions. Shaquem Griffin led the Seahawks with nine tackles, Rasheem Green had 1.5 sacks and Delano Hill had two tackles for loss. The Seahawks may have been on the losing side of their opening preseason game, but the defense allowed just 2.3 yards per carry and produced three sacks and six tackles for loss. The Seahawks backup offense didn’t do much of anything, but it was nice to see this squad stick to its roots and come up big defensively. That has to give the Seahawks some sort of confidence knowing that this team will still play with that physical mentality despite so many moving parts. The Seattle Seahawks have won seven of their last nine preseason games..

The Los Angeles Chargers lost their preseason opener on the road to the Arizona Cardinals, 17-24. In the victory, Geno Smith and Cardale Jones combined for 268 passing yards, one touchdown and one interception. Austin Ekeler led the Chargers with 22 rushing yards on five attempts while Geremy Davis and Artavis Scott combined for 122 receiving yards and one touchdown on nine receptions. Isaac Rochell led the Chargers with four tackles, Uchenna Nwosu had one sack and Brandon Facyson had one interception. The Chargers lost a game despite having 12 more first downs, controlling the ball for 11 more minutes and running 28 more plays. If you had the Chargers and the points last week like I did, you have to feel a bit cheated. However, that game proved that turnovers are often the deciding factor in the game of football, and it’s tough to win at any level of this game when you cough up the ball four times. The Los Angeles Chargers have lost six of their last seven preseason games.

The Los Angeles Chargers would have easily won their preseason opener if it weren't for the four turnovers, and their backups played well. The Seahawks were awful offensively regardless of who was in the game, and there's no reason to expect things being any different unless Russell Wilson is going to play the bulk of the game. Um, he won't. The Chargers haven't had the best preseason track record the last three years, but this feels like a game where guys will redeem themselves. Besides, the Chargers need to put on a show if there's any chance of winning over some fans, as last year was embarrassing with the home games feeling like away games. They can start to make beleivers in games like this. I'll take the points.