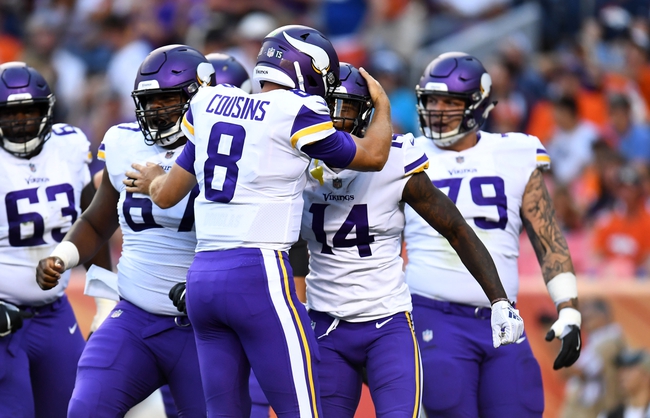 The Jacksonville Jaguars lost their preseason opener at home to the New Orleans Saints, 20-24. In the losing effort, Cody Kessler and Blake Bortles combined for 192 passing yards, one touchdown and zero interceptions. Leonard Fournette led the Jaguars with 24 rushing yards and on five attempts while Corey Grant and Shane Wynn combined for 78 receiving yards on six receptions. Tre Herndon led the Jaguars with six tackles, Andrew Motuapuaka had one sack and Manase Hungalu had two tackles for loss. The Jaguars were outscored 0-14 in the fourth quarter, which sealed their fate in terms of a victory. The Jags first and second stringers played well in limited action, while the defense forced three sacks and gave up an average of five yards per pass attempt. The Jacksonville Jaguars have lost six of their last nine preseason games.

The Minnesota Vikings won their preseason opener on the road against the Denver Broncos, 42-28. In the victory, Trevor Siemian and Kyle Sloter combined for 234 passing yards, three touchdowns and one interception. Latavius Murray led the Vikings with 43 rushing yards on four attempts while Roc Thomas and Stefon Diggs combined for 137 receiving yards and three touchdowns on six receptions. Tray Matthews led the Vikings with seven tackles, Tashawn Bower had one sack and Anthony Harris had one interception. The Vikings dominated the game from start to finish, as the offense produced more than 400 yards while the defense created two turnovers and produced four tackles for loss. Of course, it was a revenge moment for Siemian, and he looked like a guy who could still start in this league. Granted, things change from preseason game to preseason game, so take much of that with a grain of salt. The Minnesota Vikings have won seven of their last nine preseason games.

I don't expect the Minnesota Vikings to play as well as they did in their preseason opener, but I do like having multiple quarterbacks with starting experience. The Jagaurs aren't a good offensive side even when they're playing their best players, so you can only expect so much from the second and third stringers. The Jagaurs scored a combined 13 points in the final three quarters against the Saints. Oh, it also doesn't hurt that the Vikings have won seven of their last nine preseason games. While big chalk in the preseason is risky, I feel confident laying it here.