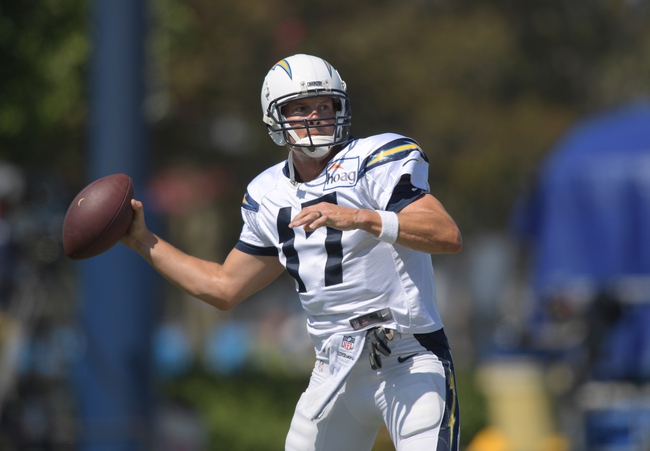 Coming up on Saturday from StubHub Center, the Seattle Seahawks will be visiting the Los Angeles Chargers in NFL preseason activity.

The Seahawks are coming off a pretty disappointing 9-7 campaign in 2017, finishing in second in the NFC West. It was the first time Seattle had failed to make it to 10 wins during the regular season since 2011. Injuries and inconsistency on the offensive side of the ball led to the sub-par year.

In their first preseason game this year, the Seahawks fell to the Colts in a tight 19-17 result. Russell Wilson posted a 4-for-5 line for 43 yards and a TD, while Chris Carson led the rush with 26 yards on four carries.

Over on the Chargers’ side, they managed to go 9-7 in 2017 as well for a second-place finish in the division and a missed opportunity at the playoffs. Still, LA has quite a bit to be optimistic about following the significant progress made record-wise following an 0-4 start.

The Chargers’ first preseason action this year came in a 24-17 defeat at the hands of the Cardinals. Geno Smith led the offense at QB in that one, putting up a 14-of-23 line for 218 yards and a TD. Austin Ekeler was the lead rusher for the Chargers, bagging five carries for 22 yards.

Seattle’s first preseason performance was kind of “blah,” especially on the offensive side of the ball. That said, it’s not something you can bank on consistently right now due to the vanilla formations and lower-end players on the field. The Chargers’ first preseason effort was kind of “blah” as well—aside from a solid performance from Smith—but there’s one key playmaker who may make the difference in this game. Philip Rivers is expected to play in this one, and with him on the field I like the Chargers to get it going and jump out to a lead. I’ll take Los Angeles.