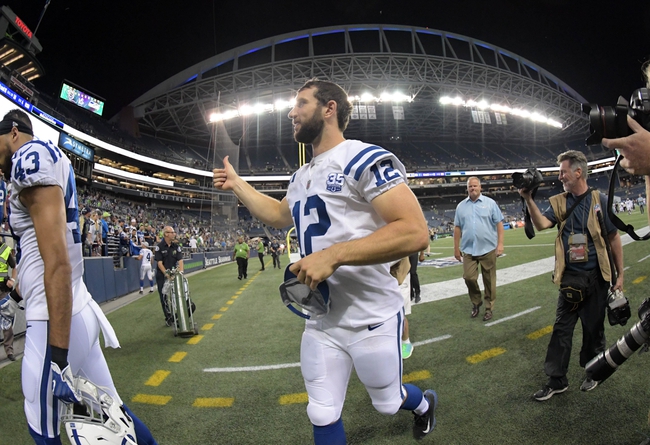 The Baltimore Ravens are now 2-0 in preseason action after beating the Los Angeles Rams, 33-7. In the victory, Lamar Jackson and Robert Griffin III combined for 207 passing yards, one touchdown and zero interceptions. Gus Edwards led the Ravens with 58 rushing yards on 12 attempts while Breshad Perriman and Mark Thompson combined for 114 receiving yards and one touchdown on five receptions. Tim Williams led the Ravens with five tackles, Zach Sieler had one sack and Maurice Canady had one interception. The Ravens continue to be lights out in preseason action, which includes outscoring 50-23 in the first two games this year. The Ravens are getting solid play from all three of their quarterbacks and the defense is living up to its reputation of not giving up anything easy and creating plays. While you can take a lot of this with a grain of salt, there’s no question the Ravens are one of the most profitable teams in preseason play the last few years. The Baltimore Ravens have won 10 straight preseason games.

The Indianapolis Colts won their preseason opener on the road against the Seattle Seahawks, 19-17. In the victory, Phillip Walker and Andrew Luck combined for 152 passing yards, one touchdown and zero interceptions. Robert Turbin led the Colts with 27 rushing yards on six attempts while Kasen Williams and Zach Pascal combined for 78 receiving yards on four receptions. Kenny Moore II led the Colts with five tackles, Hassan Ridgeway had two sacks and Nate Hairston had one interception. The Colts allowed just 12 first downs, allowed 2-10 on third down attempts and allowed just four yards per pass. It was a much needed sight for a Colts squad that has been very shaky over the years on the defensive side of the ball. Luck threw nine passes, and just seeing him out there is good news considering he makes the Colts a much more stomachable team when healthy and playing to his ability. The Indianapolis Colts have won four of their last six preseason games.

The Baltimore Ravens have looked very sharp in their first two preseason games and have three quarterbacks who are playing at an above-average level. Jackson has abused second string defenses, Flacco is playing inspired ball and RGIII has shown flashes of being a QB who deserves to be on an NFL roster. There's also the fact the Ravens haven't lost a preseason game since September of 2015. That's one of the most impressive stats you're going to see this month, and when that's the case, I'm not sure how you bet against them in a pick em contest.