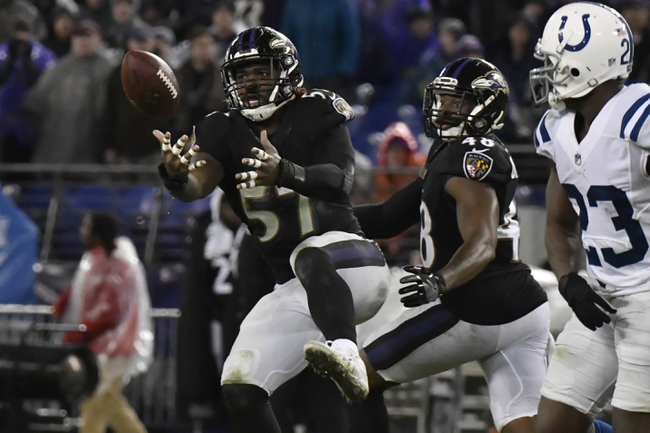 Coming up from Lucas Oil Stadium on Monday, August 20, we’ve got nationally-televised NFL preseason action coming between the Baltimore Ravens and the Indianapolis Colts.

Baltimore heads into this year coming off a 9-7 record in 2017. The Ravens missed out on the playoffs thanks to a last-second TD in a 31-27 loss to the Bengals in the final week of the regular season.

Last week against the Rams, the Ravens posted a 33-7 victory. Starting QB Joe Flacco finished 5-of-7 for 71 yards and a TD in that one, while backup signal-callers Robert Griffin III (88 yards; TD) and Lamar Jackson (119 yards) had some solid moments as well.

Over on the Colts’ side, they’re fresh off a lost season in 2017, going 4-12 and finishing third in the AFC South—a division they dominated not so long ago. Indianapolis was without star QB Andrew Luck for the entire season due to a neck injury.

In their preseason opener versus the Seahawks, the Colts showed some promise in a 19-17 victory. Luck finished 6-of-9 for 64 yards, while backups Jacoby Brissett (35 yards), Phillip Walker (88 yards; TD) and Brady Kaaya (24 yards) carried the team the rest of the way.

Colts fans have some good things to look forward to this season, as Luck is (hopefully) healthy and we should see some good results once the team adjusts to the new personnel and systems. As for the Ravens, there are some promising signs there as well. With three capable QBs on the roster, the preseason should be relatively smooth offensively. Taking that into consideration, I think the Ravens are the way to go here.