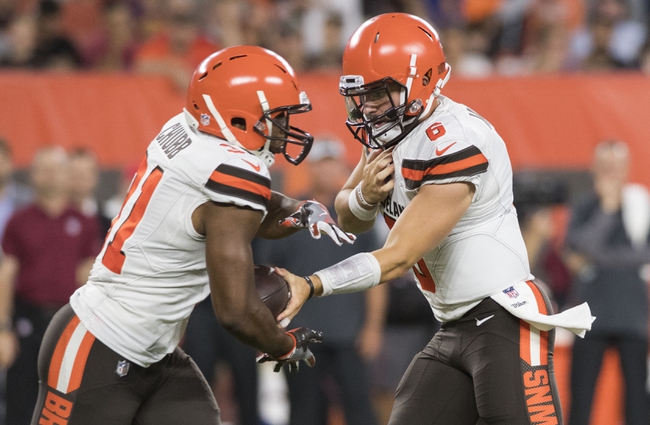 The Philadelphia Eagles are now 0-2 in preseason action after losing to the New England Patriots, 20-37. In the losing effort, Nate Sudfeld and Nick Foles combined for 356 passing yards, three touchdowns and one interception. Jay Ajayi led the Eagles with 23 rushing yards on six attempts while Shelton Gibson and Dallas Goedert combined for 147 receiving yards and one touchdown on eight receptions. Tre Sullivan led the Eagles with eight tackles, Jeremy Reaves had six tackles and Aziz Shittu had two tackles for loss. The Eagles have given up 68 points through the first two preseason games, something the defending champs want to clean up before the regular season begins. But for the most part, the preseason is the preseason, meaningless football, so I won’t put much stock into how things have played out. It’s all about getting Carson Wentz healthy, and right now, it seems to be questionable if he’ll be ready for week 1. The Philadelphia Eagles have lost four of their last six preseason games.

The Cleveland Browns are now 1-1 in preseason action after losing to the Buffalo Bills, 17-19. In the losing effort, Baker Mayfield and Tyrod Taylor combined for 97 passing yards, zero touchdowns and zero interceptions. Carlos Hyde led the Browns with 64 rushing yards and one touchdown on nine attempts while Da'Mari Scott and Devon Cajuste combined for 57 receiving yards on three receptions. James Burgess Jr. led the Browns with five tackles, Derrick Kindred had one sack and Larry Ogunjobi had two tackles for loss. The Browns offense has been sluggish at times and the team has combined for 211 penalty yards in the first two games. Mayfield made a point to address the mistakes the Browns have made up to this point, and we’ll see how they respond to that in their upcoming matchup. Regardless, the Browns have shown a few bright spots they can build on as we’re halfway to meaningful football. The Cleveland Browns have won five of their last six preseason games.

The Philadelphia Eagles are 0-2 in the preseason and will play pretty much the same roster in this contest considering their starting quarterback isn't ready for game action. The Cleveland Browns have been one of the more profitable teams in preseason play dating back to last season and have multiple quarterbacks who have been playing well through the first two games. The Browns are younger, have more position battles on the table and are at home. This feels like a spot to like the Browns yet again, especially when getting free points. I'm backing Cleveland here.