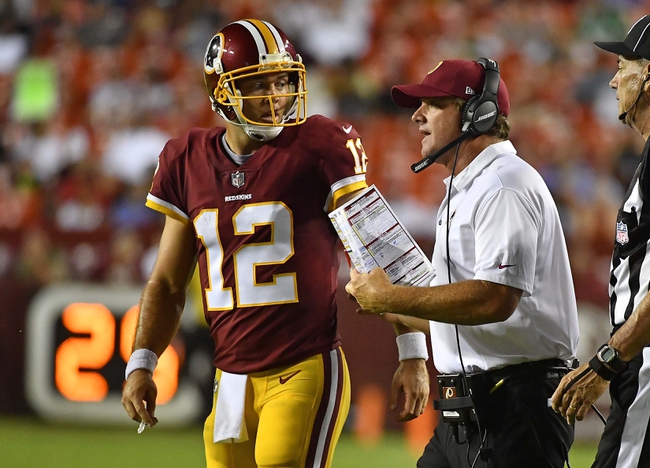 The Denver Broncos are now 0-2 in preseason action after losing to the Chicago Bears, 23-24. In the losing effort, Chad Kelly and Case Keenum combined for 168 passing yards, one touchdown and zero interceptions. Phillip Lindsay led the Broncos with 32 rushing yards on six attempts while Tim Patrick and Emmanuel Sanders combined for 54 receiving yards on four receptions. Isaac Yiadom led the Broncos with four tackles, Clinton McDonald had one sack and Bradley Chubb had one tackle for loss. The Broncos defense has been a real disappoint so far in the preseason and that has to change with the starters getting more reps. As for the offense, Keenum is expected to be the starter, but Paxton Lynch seems to have dropped in the depth chart behind Kelly. Some are questioning if Lynch will even get playing time in this contest. The Denver Broncos have won five of their last eight preseason games.

The Washington Redskins are now 1-1 in preseason action after beating the New York Jets, 15-13. In the victory, Colt McCoy and Kevin Hogan combined for 198 passing yards, zero touchdowns and one interception. Martez Carter led the Redskins with 45 rushing yards on seven attempts while Cam Sims and Kapri Bibbs combined for 104 receiving yards on 10 receptions. Martrell Spaight led the Redskins with seven tackles, Jerod Fernandez had two sacks and Zach Vigil had one tackle for loss. The Redskins played four full quarters in their most recent game to makeup for the blown lead against the New England Patriots. We should finally see a heavier dose of Alex Smith with his new team, and new acquired running back Adrian Peterson is expected to play the first half of this game as well. The Washington Redskins have split their last six preseason games.

The Washington Redskins have outplayed their opponent in both games and just got a much needed addition in AP, who should bring some life to the offense. The Denver Broncos have been poor defensively in their first two contests and the offense hasn't done a whole lot to pick them up. There seem to be some bad vibes with the Broncos right now, as you don't get the feeling you had a couple of years ago when it looked like this club was ready to compete for Super Bowls year after year. It also looks like some in Denver have already given up on Lynch at quarterback. I'm going to side with the Redskins and the cheap chalk.