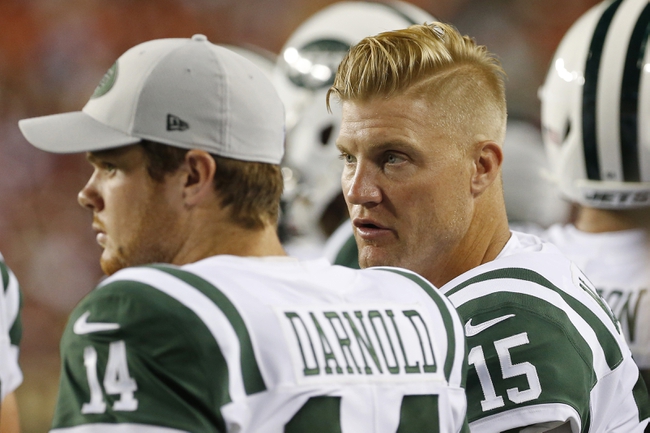 We’ve got a preseason Snoopy Bowl matchup coming from MetLife Stadium on Friday as the New York Giants take on the New York Jets.

The Giants are coming off a pretty disastrous year in 2017, when they finished 3-13 and in last place in the NFC East. Things started out badly for New York with an 0-5 record, then only got worse as the injuries piled up.

So far this preseason, the Giants have fallen to the Browns 20-10, and beaten the Lions 30-17. In that Detroit game, Giants QB Davis Webb looked pretty solid, going 14-of-20 for 140 yards and a TD. Robert Martin, Wane Gillman and Lule Lauletta each scored rush touchdowns.

Over on the Jets’ side, they’re fresh off a bad season as well, going 5-11 after a 3-2 start no one saw coming. New York won just two games after Week 5 and missed the playoffs for the seventh straight year.

The Jets shut out the Falcons in their first preseason game 17-0, then lost a squeaker to the Redskins 15-13. In the Redskins game, Jets QB Teddy Bridgewater played well again with 127 yards, a TD and a pick, while Sam Darold threw for 62 yards and an INT on 8-of-11 passing.

These Jets/Giants matchups can sometimes get heated, even in the preseason. I don’t expect the standard amount of fireworks here though, as both these teams have some genuine talent evaluations to make and should stick to business. It will be interesting to see what the Jets do at QB in this one, as the performances will likely clue us in as to who will be making the start in Week 1 of the regular season. All three of the Jets QBs have something to prove, so that should keep the game chugging along even in scrub time. I’m going with the Jets.