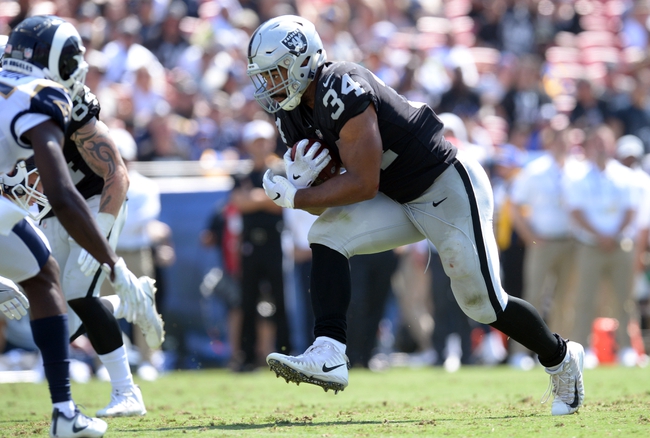 The Green Bay Packers are now 1-1 in preseason action after beating the Pittsburgh Steelers 51-34. In the victory, DeShone Kizer and Brett Hundley combined for 226 passing yards, two touchdowns and zero interceptions. Joel Bouagnon led the Packers with 41 rushing yards on 13 attempts while Jake Kumerow and Lance Kendricks combined for 142 receiving yards and one touchdown on five receptions. Oren Burks led the Packers with 10 tackles, Reggie Gilbert had 2.5 sacks and Tramon Williams had one interception. The Packers have combined for 82 points in two preseason games and Aaron Rodgers has thrown just four passes. Scoring double-digit points in four of their last five quarters, the Packers have been one the more fun teams to watch in meaningless play. Of course, we should see a larger sample size of the Packers starting unit in this contest, which could lead to even more big plays. The Green Bay Packers have won five of their last six preseason games.

The Oakland Raiders are now 1-1 in preseason action after losing to the Los Angeles Rams, 15-19. In the losing effort, EJ Manuel and Connor Cook combined for 109 passing yards, one touchdown and zero interceptions. Chris Warren led the Raiders with 110 rushing yards and one touchdown on 18 attempts while Jalen Richard and Paul Butler combined for 70 receiving yards on six receptions. Jason Cabinda led the Raiders with six tackles, James Cowser had one interception and Shilique Calhoun had two tackles for loss. The We should finally see a heavier dose of Derek Carr after he’s thrown a combined four passes in the first two games. The Raiders have scored 31 points in the first two contests, and it looks like Warren has a chance to steal a roster spot to create a crowded backfield. Of course, the big story for the Raiders remains the fact linebacker Khalil Mack hasn’t been signed, and we’re inching closer to the regular season. The Oakland Raiders have lost five of their last six preseason games.

The third preseason game is usually when we see the starters for about a full half, and if that's the case, how in the world can you turn down the Packers and points with Rodgers on the field? Even if the Packers don't play their star quarterback a ton, Kizer and Hundley have shown enough to have confidence they can get the job done. The Oakland Raiders gave the Detroit Lions every chance to beat them in the opening preseason game and didn't do much against the Rams, so you can't be overly impressed with this squad two preseason games in. I just can't turn down a free field goal with how explosive the Packers have been on the offensive side.