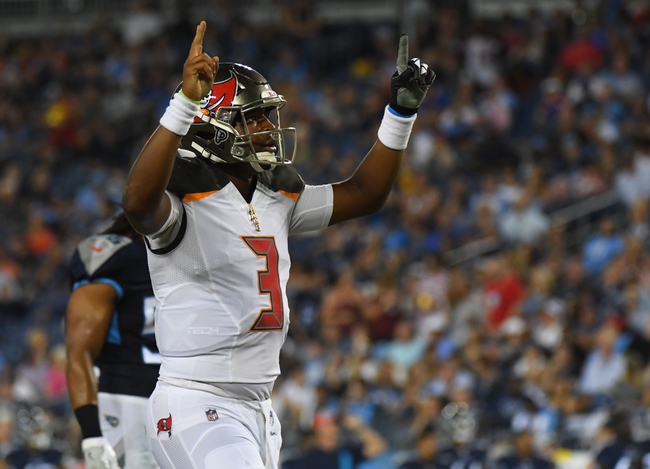 The Detroit Lions are now 0-2 in preseason action after losing to the New York Giants, 17-30. In the losing effort, Jake Rudock and Matthew Stafford combined for 222 passing yards, one touchdown and zero interceptions. LeGarrette Blount led the Lions with 32 rushing yards on 11 attempts while Theo Riddick and Dontez Ford combined for 81 receiving yards on six receptions. Tavon Wilson led the Lions with five tackles, Freddie Bishop had four tackles and Jarrad Davis had one tackle for loss. The Lions have scored a combined 27 points in their first two games, and while that’s concerning, the starters haven’t played a ton on that side of the ball. Defensively, the Lions will have to find a replacement for linebacker Steve Longa, who tore his ACL, and he was expected to be a key special teams player this season. The Lions need a shot in the arm before the regular season begins to give this team some sort of confidence. The Detroit Lions have lost four straight preseason games.

The Tampa Bay Buccaneers are now 2-0 in preseason action after beating the Tennessee Titans, 30-14. In the losing effort, Jameis Winston and Ryan Griffin combined for 314 passing yards, three touchdowns and zero interceptions. Peyton Barber led the Buccaneers with 32 rushing yards on six attempts while DeSean Jackson and Justin Watson combined for 121 receiving yards and one touchdown on six receptions. Riley Bullough led the Buccaneers with five tackles, DaVonte Lambert had one sack and Adarius Taylor had one tackles for loss. The Buccaneers offense has been on fire in the preseason, but a lot of that production has come from a quarterback who won’t play the first quarter of the season. While a veteran and at this point of his career he is what he is, Ryan Fitzpatrick needs to get going, as the regular season schedule is too brutal to flip the switch. At home, I’m watching the Buccaneers starting quarterback in this contest. The Tampa Bay Buccaneers have split their last six preseason games.

I wasn't high on the Detroit Lions coming into the preseason, and while it's just preseason, they've done nothing to change my mind. The Tampa Bay Buccaneers have been rather explosive offensively in their first two games and if Winston continues to play a chunk of these contests, you have to give them a considerable edge. I see no reason not to side with the Buccaneers and the cheap chalk at home. The Lions simply are a blah team to me that's not going to do anything special. So, give me Tampa Bay.