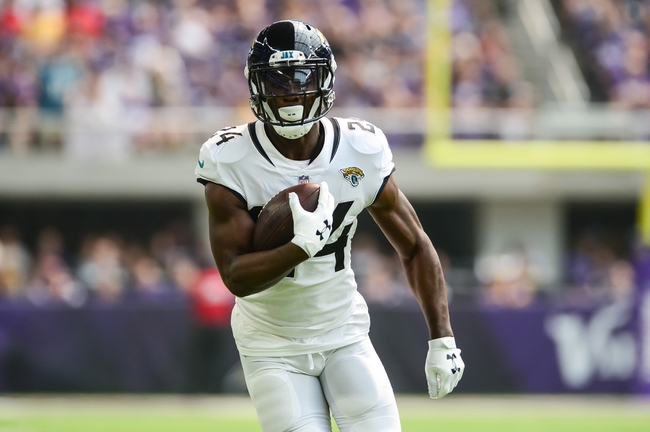 The Atlanta Falcons are now 0-2 in preseason action after losing to the Kansas City Cheifs, 14-28. In the losing effort, Matt Ryan and Matt Schaub combined for 165 passing yards, two touchdowns and zero interceptions. Tevin Coleman led the Falcons with 35 rushing yards on five attempts while Calvin Ridley and Austin Hooper combined for 82 receiving yards and two touchdowns on five receptions. Jonathan Celestin led the Falcons with six tackles, Garrison Smith had one sack and Brian Poole had one tackle for loss. The Falcons are averaging seven points through two preseason games, which will obviously change once the regular season begins and the starters play for 60 minutes. The last thing to be worried about is the Falcons inability to score points. As for this game, the Falcons are resting a lot of key players, which includes Julio Jones, Donvanta Freeman and linebacker Deion Jones. The Atlanta Falcons have lost six straight preseason games.

The Jacksonville Jaguars are now 1-1 in preseason action after beating the Minnesota Vikings, 14-10. In the victory, Blake Bortles and Cody Kessler combined for 183 passing yards, zero touchdowns and one interception. T.J. Yeldon led the Jaguars with 39 rushing yards on 10 attempts while Yeldon and James O'Shaughnessy combined for 102 receiving yards on six receptions. Donald Payne led the Jaguars with five tackles, Jarrod Wilson had one sack and Telvin Smith had one tackle for loss. Even without two star defenders in Jalen Ramsey and Dante Fowler, who were serving a one-game suspension, the Jags defense created two turnovers and allowed just three yards per pass. For the most part, the Jaguars know what they have on both sides of the ball and remain absolutely stacked defensively. So, while this is the game you usually see the starters a lot, you can expect the Jaguars to play things safe a bit, especially with a rough start to the regular season schedule wise. The Jacksonville Jaguars have split their last six preseason games.

The Atlanta Falcons have already announced they won't be playing a chunk of key players on both sides of the ball, so this third preseason game isn't your typical game where you see a lot of starters until halftime. Either way, the Jaguars defense is insanely talented and deep, so I'm not sure it matters much. The Jags only know how to play physical and hard on that side of the ball, and you shouldn't expect anything different here. Also, the Falcons have had seriousi ssues scoring, and with key offensive players sitting out, that's not going to change. I'll take the home team by a touchdown.