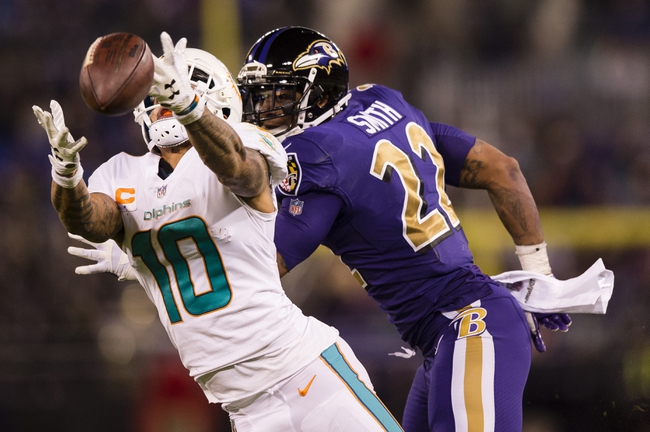 The Baltimore Ravens will visit the Miami Dolphins down at Hard Rock Stadium in NFL Preseason action Saturday.

The Ravens are coming off a frustrating 9-7 season in 2017, missing out on the playoffs thanks to a last-second touchdown in a 31-27 loss to their rival Bengals in the final week of the year.

Baltimore is 3-0 in this preseason so far (if you count the Hall of Fame Game), following victories over the Rams 33-7, the Colts 20-19 and the Bears 17-16. In the latest matchup against the Colts, Baltimore’s Lamar Jackson threw for 49 yards and a TD while Joe Flacco also had a nice line with 72 yards and a pass TD.

As for the Dolphins, they managed to go 6-10 in the 2017 season, missing out on the playoffs and finishing in third place in the AFC East. Miami failed to improve on the 10-6 mark they put up in 2016, when they made the playoffs for the first time since 2008.

Miami is sitting at 0-2 thus far in the preseason. The Dolphins have fallen in close games to the Buccaneers 26-24 and the Panthers 27-20. In the Carolina game, Miami QB Ryan Tannehill put up a solid effort on 14-of-17 passing for 100 yards while Kenyan Drake added eight carries for 54 yards.

Even if preseason football bores you to tears, the third week is always the one to watch. We should see most of the starters getting significant field time here, and it’ll be the best way to get a feel for what may occur in the regular season. That said, if Miami is going to live up to their dark horse potential in seeking out an AFC Wild Card this season, it needs to start here because they’ve been pretty underwhelming so far. Baltimore may be in a position to make a run for the playoffs as well however, and I think they’ve got a better core group of players to show off here. I’m going Ravens.