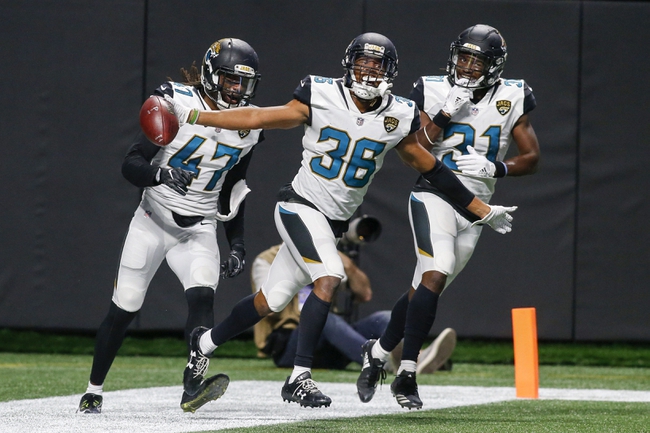 The Atlanta Falcons and the Jacksonville Jaguars meet in week 3 NFL preseason action from TIAA Bank Field on Saturday.

The Atlanta Falcons will be looking for their first win of the preseason after falling to 0-2 with a 28-14 loss to the Chiefs in their last outing. Matt Ryan was solid, completing 5 of 7 passes for 90 yards and a touchdown while Matt Schaub completed 7 of 10 pass attempts for 75 yards and a TD as well. Tevin Coleman led the Falcons on the ground with 35 rushing yards while Ito Smith came right behind with 34 rushing yards on a team-high 13 carries. Calvin Ridley led Atlanta’s receivers with 3 catches for 49 yards and a. Touchdown while Austin Hooper added a touchdown grab of his own in the defeat. Damontae Kazee registered an interception and Jacob Tuioti-Mariner and Garrison Smith each had a sack while Jonathan Celestin led Atlanta with 6 tackles in the losing effort.

The Jacksonville Jaguars will look to build on their first win of the preseason with a 14-10 victory in a defensive battle against the Minnesota Vikings as the top two defenses from the NFL last season faced off. Blake Bortles threw for 159 yards and an interception on 12 of 20 passing while T.J. Yeldon led the Jags with 39 rushing yards on a team-high 10 carries. Leonard Fournette and Brandon Wilds each had 8 carries and a touchdown with Wilds adding 32 yards to Fournette’s 12. The aforementioned Yeldon also led Jacksonville in receiving with 5 catches out of the backfield for 73 yards. The Jaguars’ D combined for 4 sacks and a forced fumble from Malik Jackson that Blair Brown recovered while Ronnie Harrison, Yannick Ngakoue and Donald Payne each had a team-high 4 tackles in the win.

Atlanta may be starting to turn the corner, but the fact is that the offense is heavily predicated on Matt Ryan being under center. I get that it’s preseason, but sometimes the offense just doesn’t click with backups in. Jacksonville appears to have their defense firing on all cylinders after their win, so with the offenses cancelling each other out, I like Jacksonville to win this one at home so I’ll lay the field goal with the Jags here.