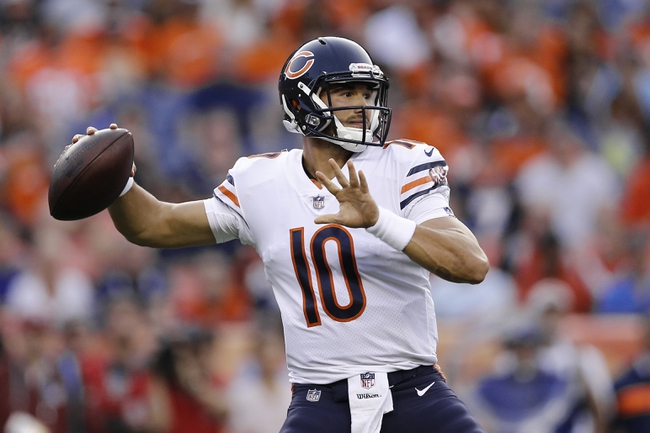 The Kansas City Chiefs are now 1-1 in preseason action after beating the Atlanta Falcons, 28-14. In the victory, Patrick Mahomes and Chad Henne combined for 223 passing yards, two touchdowns and one interception. Kerwynn Williams led the Chiefs with 23 rushing yards on eight attempts while Tyreek Hill and Gehrig Dieter combined for 123 receiving yards and two touchdowns on six receptions. David Amerson led the Chiefs with six tackles, Derrick Nnadi had one sack and Leon McQuay had one tackle for loss. The Chiefs have been solid defensively, allowing a combined 31 points and are coming off a game in which they had four tackles for loss and forced two turnovers. The goal for this game is to get Mahomes completely up to speed, as he’s looked sharp at times, but this is the last game before the young 22-year-old has the handcuffs taken off for the regular season. The Kansas City Chiefs has split his last six preseason games.

The Chicago Bears are now 1-2 in preseason action after beating the Denver Broncos, 24-23. In the victory, Chase Daniel and Mitchell Trubisky combined for 273 passing yards, three touchdowns and one interception. Josh Howard led the Bears with 32 rushing yards on nine attempts while Bennie Fowler and Trey Burton combined for 91 receiving yards and one touchdown on six receptions. John Timu led the Bears with seven tackles, Bilal Nichols had one sack and Roy Robertson-Harris had one tackle for loss. The Bears got some decent production out of their quarterbacks for the second straight game, so it’s going to be interesting to see if progress can be made at such a crucial position. Defensively, Roquan Smith is finally practicing and says he hopes to play in this contest, but it’s up to the coaches if they’re willing to throw him out there despite a limited training camp. The Chicago Bears has split their last six preseason games.

The Kansas City Chiefs are one of those teams that seem to be going through the motions and waiting for the regular season. For the most part, the Chiefs already know what they have on both sides of the ball, it's just a matter of staying helthy and making sure their QB is up to speed. The Chicago Bears have been impressive this preseason, which includes the win over the Broncos and two losses by a combined four points. The Bears offense has come to life recently and they have two quarterbacks who seem to be getting comfortable. The Bears also have far more position battles. I'll lay the small chalk with the home team.