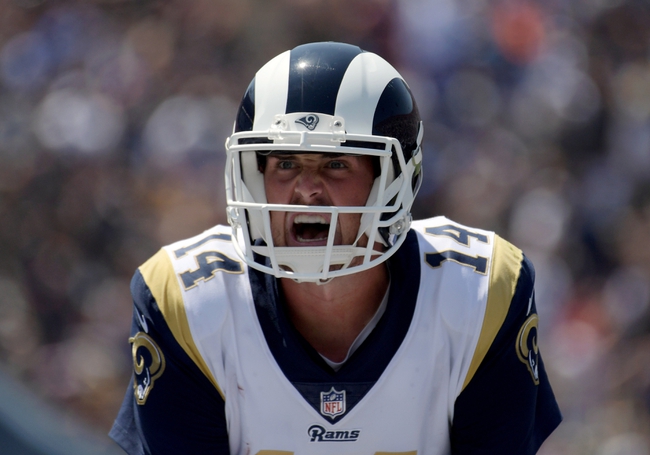 The Houston Texans are now 2-0 in preseason action after beating the San Francisco 49ers, 16-13. In the victory, Joe Webb and Deshaun Watson combined for 200 passing yards, two touchdowns and one interception. Webb led the Texans with 22 rushing yards on four attempts while Bruce Ellington and Vyncint Smith combined for 93 receiving yards and two touchdowns on six receptions. Justin Reid led the Texans with six tackles, Johnson Bademosi had one interception and Duke Ejiofor had one tackle for loss. The Texans defense has allowed a combined 23 points in two games while producing a combined four tackles for loss and three turnovers. Despite a small sample size, Watson looks as well as anyone could have expected, as well. Two games in, the Texans have to be pleased of what the preseason has had to offer up to this point. The Houston Texans have won seven of their last nine preseason games.

The Los Angeles Rams are now 1-1 in preseason action after beating the Oakland Raiders, 19-15. In the victory, Sean Mannion and Brandon Allen combined for 143 passing yards, zero touchdowns and one interception. John Kelly led the Rams with 56 rushing yards and one touchdown on 18 attempts while KhaDarel Hodge and Henry Krieger-Coble combined for 92 receiving yards on three receptions. Bryce Hager led the Rams with five tackles, Justin Lawler had one sack and Micah Kiser had one tackle for loss. The Rams defense has produced seven sacks and 11 tackles for loss in their first two preseason games, living up to expectations for what many expect this defense to be this season. We should see the Rams play their starters a ton in this contest given neither side of the ball has seen much action, and this is the last chance for them to get some reps before opening week against the Oakland Raiders. The Los Angeles Rams have split their last six preseason games.

I'm not sure the game plan changes much for the Texans, as they try to ease Watson into regular season form and don't want to put too much on his plate as he returns from injury. The Los Angeles Rams are crazy talented on both sides of the ball and should be able to show that for longer stretches with the starters getting more reps. In front of a packed house of exciting fans at the Coliseum, I'll take the Rams and the cheap line here.