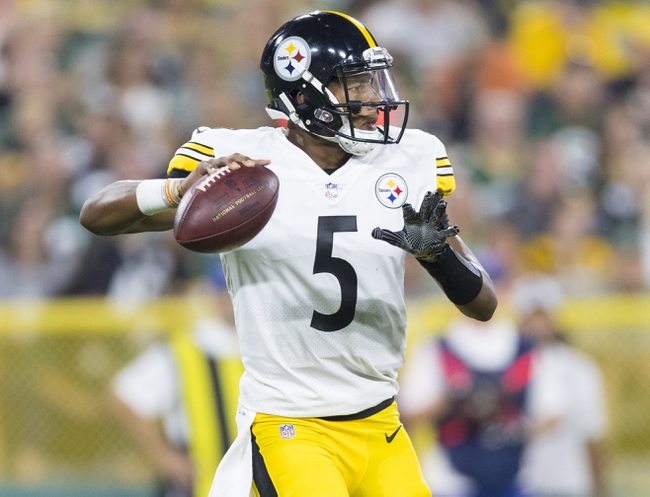 The Tennessee Titans and the Pittsburgh Steelers meet in week 3 NFL preseason action from Heinz Field on Saturday night.

The Tennessee Titans will be looking for their first win of the preseason after falling to 0-2 with a 30-14 loss to the Tampa Bay Buccaneers in their last outing. Blaine Gabbert threw for 116 yards and a touchdown on 10 of 16 passing while Marcus Mariota threw for 80 yards and a touchdown on 4 for 7 passing. Dalyn Dawkins led the Titans with 11 carries for 32 yards while Taywan Taylor hauled in a team-high 4 catches for 95 yards and both touchdowns. Jayon Brown led Tennessee with 5 tackles including the Titans’ lone sack in the victory as the Titans allowed Tampa Bay to put up 429 yards of total offense in the game.

The Pittsburgh Steelers will be looking to bounce back from their first loss of the preseason, a 51-34 shootout loss to the Green Bay Packers in their last outing. Joshua Hobbs threw for 192 yards, 2 touchdowns and an interception on 12 of 18 passing, while Mason Rudolph threw for a touchdown as well. James Conner led the Steelers with 57 rushing yards and a touchdown while Jaylen Samuels turned his team-high 9 carries into 38 yards and a score of his own. James Washington led all Steeler receivers with 5 catches for 114 yards and 2 touchdowns and JuJu Smith-Schuster added a touchdown grab as well in the loss. The Steelers defense combined for a trio of sacks, including one from L.J. Fort who also led Pittsburgh with 4 tackles in the losing effort.

The problem with the Titans is that while Tennessee has a solid team that will compete for the AFC South crown this season, the Titans haven’t been able to keep points off of the board in the preseason, giving up 30+ points in each of the first two games. Pittsburgh’s defense didn’t show against Green Bay, but the defense is still there overall and has scored 65 points in their first two preseason games. I think the Steelers’ offense gives them the advantage here, so I’ll side with Pittsburgh at home here.