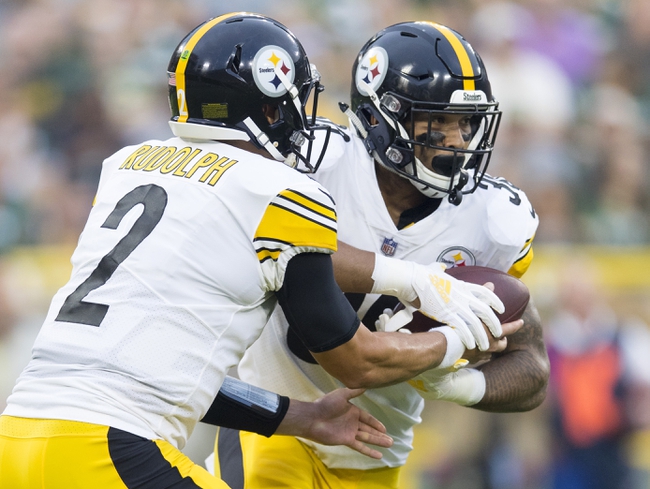 The Tennessee Titans are now 0-2 in preseason action after losing to the Tampa Bay Buccaneers, 14-30. In the victory, Blaine Gabbert and Marcus Mariota combined for 196 passing yards, two touchdowns and zero interceptions. Dalyn Dawkins led the Titans with 32 rushing yards and on 11 attempts while Taywan Taylor and Akrum Wadley combined for 124 receiving yards and two touchdowns on seven receptions. Jayon Brown led the Titans with seven tackles, Robert Spillane had seven tackles and Julius Warmsley had one tackle for loss. The Titans have allowed a combined 61 points in their first two preseason games and have allowed seven or more points in five of their eight quarters. It’s been awful defense from the Titans so far, but the good news is that Mariota looks healthy and is incredibly fast for somebody coming off an injury. An improved Mariota will do wonders for the Titans this season. The Tennessee Titans have lost four straight preseason games.

The Pittsburgh Steelers are now 1-1 in preseason action after losing to the Green Bay Packers, 34-51. In the losing effort, Joshua Dobbs and Mason Rudolph combined for 219 passing yards, three touchdowns and two interceptions. James Conner led the Steelers with 57 rushing yards and one touchdown on five attempts while James Washington and Damoun Patterson combined for 149 receiving yards and two touchdowns on eight receptions. L.J. Fort led the Steelers with five tackles, Morgan Burnett had one sack and Malik Golden had one tackle for loss. The Steelers can’t be pleased with their defensive effort after getting carved up for 60 minutes. However, it’s preseason at the end of the day and the Steelers are still one of the most talented teams in the league. For this game, Roethlisberger is expected to play some, but Antonio Brown, T.J. Watt and others may sit out due to minor injuries that have them day-to-day. The Pittsburgh Steelers have won four of their last six preseason games.

I'm not big on laying anything over three points in preseason, but the Titans have been gashed in both preseason games and are going up against a deep offensive club on the road. What's to stop the Steelers from dropping 30-plus in this game based on what we've seen from the Titans two weeks in? Not to mention Heinz Field is always tricky for visiting teams and I doubt Mariota plays a ton, which means your money is tied up with Gabbert on the road. No, thanks. I'll take the Steelers by a touchdown.