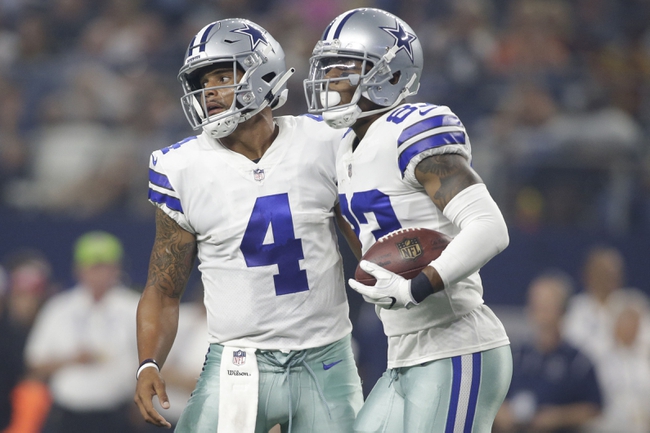 The Arizona Cardinals are now 2-0 in preseason action after beating the New Orleans Saints, 20-15. In the victory, Josh Rosen and Sam Bradford combined for 168 passing yards, one touchdown and zero interceptions. David Johnson led the Cardinals with 22 rushing yards and one touchdown on six attempts while Christian Kirk and Chad Williams combined for 93 receiving yards and one touchdown on seven receptions. Deatrick Nichols led the Cardinals with six tackles, Olsen Pierre had one sack and Rodney Gunter had one tackle for loss. The Cardinals defense has led the charge this preseason, giving up a combined 32 points and producing eight sacks in two preseason games. Rosen has been working with the first team offense a bit over the last week, but he is questionable for this contest due to a thumb injury. The Arizona Cardinals have won four of their last six preseason games.

The Dallas Cowboys are now 0-2 in preseason action after losing to the Cincinnati Bengals, 13-21. In the losing effort, Dak Prescott and Mike White combined for 162 passing yards, one touchdown and zero interceptions. Rod Smith led the Cowboys with 49 rushing yards on 13 attempts while Rico Gathers and Darius Jackson combined for 54 receiving yards on six receptions. Anthony Brown led the Cowboys with five tackles, Taco Charlton had one sack and Brian Price had two tackles for loss. The Cowboys offense has struggled through the first two games and is coming off a game in which they had 15 first downs and were 5-16 on third down. Not what you want to see when there were questions on this side of the ball already, and the issue with offensive lineman Travis Frederick doesn’t help matters. The Dallas Cowboys have split their last six preseason games.

The Arizona Cardinals may be unbeaten in the preseason up to this point, but one of their more cosnsitent players in Rosen is questionable. I'm also not eager to lay points with road teams in preseason games given that points are very valuable in these games anyway.  The Cowboys offense has been poor and I'm not sure Prescott is going to be able to fix that right away. There's just not a lot of weapons to go around. With that said, it is preseason and these games are coin flips at best. Getting the points and the Cowboys at home seems like a decent option on Sunday night.