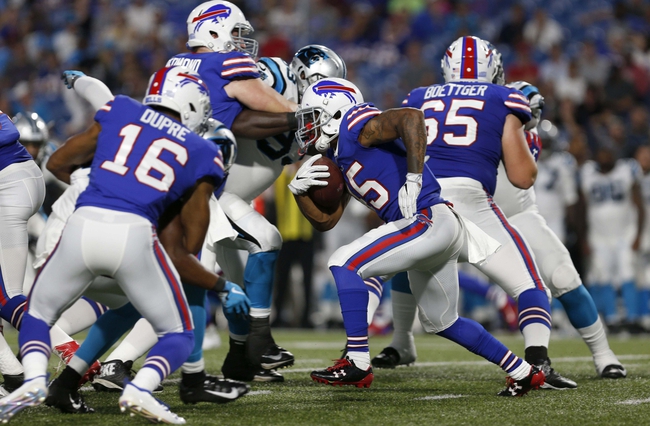 The Cincinnati Bengals are now 2-0 in preseason action after beating the Dallas Cowboys, 21-13. In the victory, Jeff Driskel and Matt Barkley combined for 173 passing yards, one touchdown and one interception. Tra Carson led the Bengals with 24 rushing yards and one touchdown on six attempts while Brian Hill and Alex Erickson combined for 82 receiving yards and one touchdown on four receptions. Nick Vigil led the Bengals with six tackles, Jordan Willis had two sacks and Carl Lawson had one tackle for loss. The Bengals are undefeated in preseason play despite getting little from the first-team offense and having 10 penalties in both contests. Still, the Bengals have scored at least seven points in five of their eight quarters and are coming off a contest in which they trailed by 10 points at halftime. The Bengals backups have led the show through the first two games. The Cincinnati Bengals have split their last six preseason games.

The Buffalo Bills are now 1-1 in preseason action after beating the Cleveland Browns, 19-17. In the victory, Nathan Peterman and Josh Allen combined for 173 passing yards, two touchdowns and zero interceptions. Marcus Murphy led the Bills with 39 rushing yards on four attempts while Nick O'Leary and Austin Proehl combined for 96 receiving yards and one touchdown on six receptions. Jordan Poyer led the Bills with six tackles, Terrence Fede had one sack and John Miller had one fumble recovery. The Bills were much better on the defensive side in their victory, but it came at a price as quarterback AJ McCarron broke his collarbone and defensive tackle Kyle Williams suffered a knee injury. The Bills now have a two-man competition at quarterback with Peterman and Allen and a spot along the starting defensive line may have opened up. That’s without mentioning the nagging injuries to wide receiver Kelvin Benjamin. Put the Bills players in bubble wrap already. The Buffalo Bills have lost four of their last six preseason games.

The Buffalo Bills now have a two-man battle at quarterback, which is much better than three guys fighting for the starting job. We're likely going to get a quarterback per half in this contest, which provides much more stability and trust with an offense. The hardest thing to factor into capping preseason is how long guys are going to play. With the Bills, it seems to be a little more cut and dry. Because of that, I like the Bills at home and the cheap line.