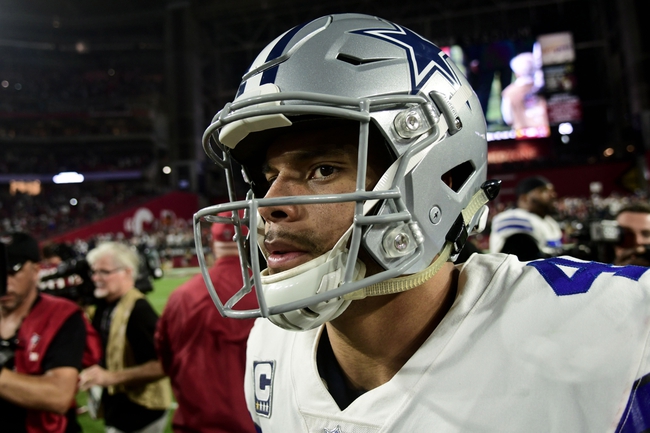 We close out week 3 of the 2018 NFL preseason with a matchup between the Arizona Cardinals and the Dallas Cowboys from AT&T Stadium in Arlington, Texas.

The Dallas Cowboys will be on the hunt for their first win of the preseason following a 21-13 loss to Cincinnati in their last outing to drop to 0-2 this preseason. Dak Prescott threw for 86 yards and a touchdown on 10 of 15 passing, while Rod Smith led Dallas’ backfield with 13 carries for 49 yards and Darius Jackson came right behind with 6 carries for 42 yards. Rico Gathers led the Cowboys with 32 receiving yards on a pair of receptions while the aforementioned Jackson and Dalton Schultz tied for the team lead with 4 receptions apiece. Defensively, Chidobe Awuzie recorded an interception and Taco Charlton recorded a sack while Anthony Brown led Dallas with 4 tackles in the loss.

Dallas is well overdue for their first win of the preseason, and Prescott looked solid in their last game. However, Arizona has been one of the best teams in the league so far in the preseason, and the QB battle between Rosen and Bradford has brought out the best in the Arizona offense. All in all, I’m expecting the battle to continue until the end of the preseason and as such I like Arizona to keep their momentum going with another win but I’ll take the free field goal just to be safe.