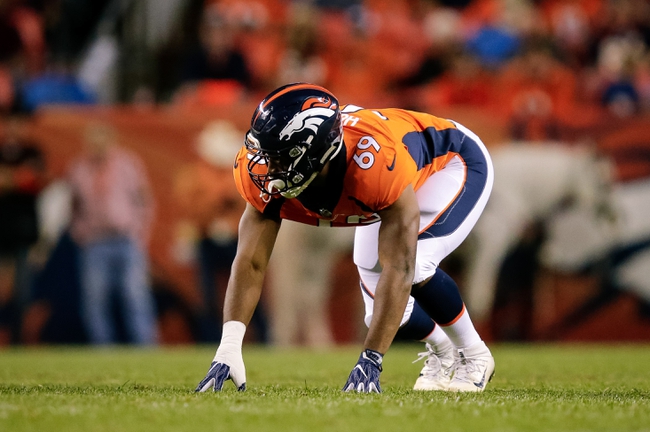 The Denver Broncos and the Arizona Cardinals meet in their finale of their respective NFL preseason schedules from the University of Phoenix Stadium on Thursday.

The Denver Broncos will look to finish the preseason at .500 after notching their first win of the preseason in a 29-17 victory over Washington last time out. Case Keenum led the Broncos with 148 yards passing on 12 of 18 through the air, while De’Angelo Henderson led Denver on the ground with 7 carries for 32 yards and Phillip Lindsay came right behind with 31 yards. Emmanuel Sanders and Royce Freeman each had a rushing touchdown in the winning effort. Sanders also led Denver in receiving with a team-high 4 catches for 61 yards. Defensively, the Broncos combined for 3 sacks while Dymonte Thomas led the Broncos with 4 tackles in the game.

The Arizona Cardinals will look to finish the preseason unbeaten after improving to 3-0 with a 27-3 romp over the Dallas Cowboys in their last outing. Mike Glennon, Sam Bradford and Chad Kanoff combined to throw for just 68 yards on 15 of 24 passing, while T.J. Logan rushed for 86 yards and a touchdown on 6 carries. Chase Edmonds racked up 55 rushing yards on a team-high 11 carries, while five different Cardinals had a pair of catches in the win. Defensively, Patrick Peterson logged a 30-yard pick-six, and Arizona forced four fumbles, three of which they recovered in addition to three interceptions. The Cardinals also had four sacks, three of which came from Vontarrius Dora. Deone Bucannon and Deatrick Nichols tied for the team-high with 5 tackles apiece.

Arizona is one of only four unbeaten teams left in the preseason, and while a lot of people will say it’s just preseason, sometimes the positive vibes from an unbeaten run in the preseason translate into the regular season. The passing game was nowhere to be found against Dallas, and the Cardinals still took the game handily. Granted, Prescott and Elliott weren’t playing, but still. The pieces are there for Arizona and while Denver has some pieces of their own, I just like Arizona a bit more so I’ll back the Cardinals to finish the preseason undefeated.