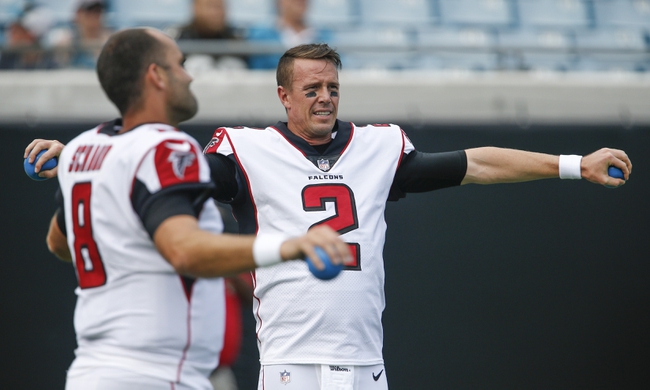 The Miami Dolphins are now 0-3 in preseason action after losing to the Baltimore Ravens, 10-27. In the losing effort, Ryan Tannehill and David Fales combined for 178 passing yards, one touchdown and one interception. Kenyan Drake led the Dolphins with 32 rushing yards and on four attempts while Rashawn Scott and Drake combined for 74 receiving yards on two receptions. Kiko Alonso led the Dolphins with seven tackles, Robert Quinn had one sack and Terence Garvin had two tackles for loss. The Dolphins are allowing 26.6 points through three preseason games and have allowed double-digit points in three of their last five quarters. It’s been an ugly preseason for the Fins up to this point, but Tannehill has looked sharp in limited reps and is starting to get comfortable without the knee brace, all positive news. The Miami Dolphins have lost five of their last six preseason games.

The Atlanta Falcons are now 0-3 in preseason action after losing to the Jacksonville Jaguars, 6-17. In the losing effort, Kurt Benkert and Matt Schaub combined for 154 passing yards, zero touchdowns and zero interceptions. Kevin Coleman led the Falcons with 38 rushing yards on seven attempts while Eric Saubert and Dontez Byrd combined for 85 receiving yards on two receptions. Ryan Newl led the Falcons with six tackles, Justin Zimmer had 1.5 sacks and Jack Crawford had one tackle for loss. The Falcons haven’t won a preseason game since September of 2016 and have scored a combined 20 points through three games this season. The Falcons are explosive and experienced enough not to panic, but the results with the starters can’t provide positive vibes considering they open the season on the road against the defending champs in the Philadelphia Eagles. The Atlanta Falcons have lost seven straight preseason games.

These teams are a combined 0-6 SU in preseason play and the offense for both sides has been downright brutal. Not sure you can expect anything different when starters don't play a lick this week. The Falcons are averaging less than seven points through three preseason games and have actually lost seven straight games that don't matter. Knowing that, I want to have points in my back pocket, as it's the only leverage I have between two clubs that can't string together a victory.