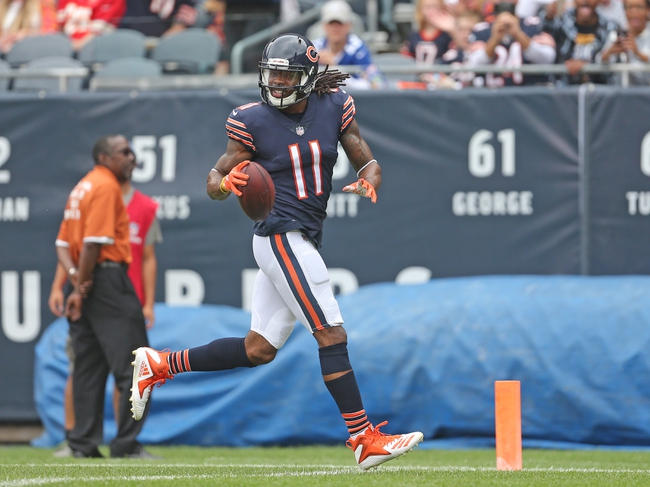 The Buffalo Bills are now 1-2 in preseason action after losing to the Cincinnati Bengals, 13-26. In the victory, Nathan Peterman and Josh Allen combined for 186 passing yards, one touchdown and zero interceptions. Marcus Murphy led the Bills with 58 rushing yards on 11 attempts while Logan Thomas and Kelvin Benjamin combined for 94 receiving yards on six receptions. Jordan Poyer led the Bills with seven tackles, Matt Milano had seven tackles and Tremaine Edmunds had two tackles for loss. The Bills offense has struggled the past couple of weeks and the offensive line allowed six sacks in their most recent contest. The Bills have to figure things out rather quickly considering five of their first seven regular season games are on the road. The Buffalo Bills have lost five of their last seven preseason games.

The Chicago Bears are now 2-2 in preseason action after beating the Kansas City Chiefs, 27-20. In the victory, Chase Daniel and Tyler Bray combined for 270 passing yards, two touchdowns and zero interceptions. Daniel led the Bears with 47 rushing yards on six attempts while Javon Wims and Kevin White combined for 147 receiving yards and two touchdowns on six receptions. Deiondre' Hall led the Bears with six tackles, Isaiah Irving had one sack and John Timu had one tackle for loss. The Bears are finally getting some of those bounces to go their way after two heartbreak losses, and the average margin of victory through four games is exactly three points. Four of the Bears last seven preseason games have been decided by three or less points. The Chicago Bears have been a profitable preseason team the last couple of years. The Chicago Bears have split their last eight preseason games.

There's no line yet. Please check back for a pick once a line is released.

Randy’s Pick Please check back for a pick once a line is released.