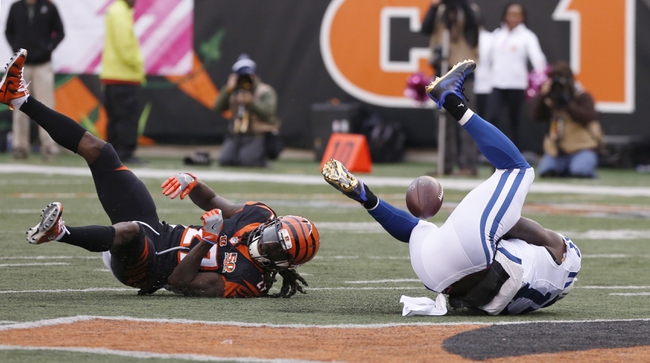 The Indianapolis Colts and the Cincinnati Bengals meet in the final week of the NFL preseason on Thursday night.

The Indianapolis Colts will look to finish the preseason on a high note after improving to 2-1 with a 23-17 win over San Francisco in their last outing. Jacoby Brissett threw for 120 yards on 7 of 13 passing, while Andrew Luck completed 8 of 10 passes for 90 yards and a touchdown. Jordan Wilkins led the Colts in rushing with 28 yards on 14 carries while Luck racked up 27 rushing yards and Christine Michael put up a rushing score. Eric Ebron led Indy in receiving with 5 catches for 54 yards and a touchdown. Defensively, Ryan Delaire recorded a pair of sacks and a forced fumble that he also recovered,, while Zaire Franklin, Darius Leonard, Pierre Desir and Kenny Moore II tied for the team-high with 4 tackles apiece.

The Cincinnati Bengals will look to finish the preseason unbeaten after making it to 3-0 with a 26-13 win over Buffalo in their last outing. Andy Dalton threw for 180 yards and a pair of touchdowns on 11 of 16 passing, while Tra Carson and Brian Hill tied for the Cincinnati lead with 24 rushing yards on 4 carries each. John Ross led Cincy with 66 receiving yards and a touchdown, while Tyler Boyd and A.J. Green each had a team-high 4 grabs, with Boyd recording 54 yards while Green added 50 yards and a touchdown. On defense, the Bengals teamed up to record 6 sacks, including 2.5 sacks from Carl Lawson, while Shawn Williams led Cincinnati with 5 tackles.

The last week of the preseason is one of the hardest to try to predict, as you never know how much playing time, if any, the starters will get. However, the Bengals are one of just four teams that are still undefeated in the preseason, and while it is just that, preseason, sometimes the positive vibes can carry over to the regular season. I’ll lay the points with the Bengals to finish the preseason with a 4-0 record.