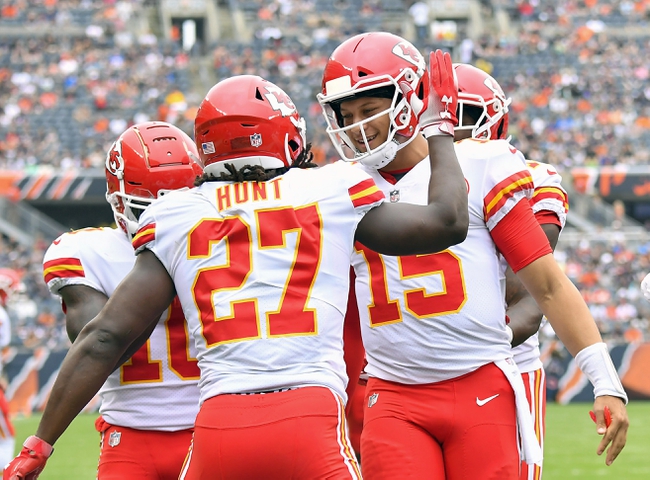 The Green Bay Packers are now 2-1 in preseason action after losing to the Oakland Raiders, 6-13. In the losing effort, DeShone Kizer and Brett Hundley combined for 155 passing yards, zero touchdowns and zero interceptions. LeShun Daniels Jr. led the Packers with 23 rushing yards on five attempts while J'Mon Moore and Geronimo Allison combined for 102 receiving yards on six receptions. Vince Biegel led the Packers with six tackles, Reggie Gilbert had one sack and Ahmad Thomas had one tackle for loss. The Packers offense that produced 82 points in the first two games was just 4-15 on third down and averaged three yards per carry in their recent contest. Still, the Packers are averaging 29.3 points through three preseason games and has produced a combined 69 first downs. Not too shabby for a team not playing Aaron Rodgers. The Green Bay Packers have won five of their last seven preseason games.

The Kansas City Chiefs are now 1-2 in preseason action after losing to the Chicago Bears, 20-27. In the losing effort, Patrick Mahomes and Chase Litton combined for 263 passing yards, two touchdowns and zero interceptions. Mahomes led the Chiefs with 11 rushing yards on two attempts while Tyreek Hill and Marcus Kemp combined for 143 receiving yards and one touchdown on nine receptions. Anthony Hitchens led the Chiefs with seven tackles, Reggie Ragland had six tackles and T.Y. McGill had one tackle for loss. The Chiefs finally got linebackers Anthony Hitchens and Reggie Ragland some playing time in their last contest, which should add depth to this defense moving forward. The Chiefs will quickly play this meaningless game and then won’t play another home game until September 23 against the San Francisco 49ers. The Kansas City Chiefs have split their last six preseason games.

Again, I'm not trying to lay big chalk in a meaningless preseason games, especially in the last one where majority of the guys playing won't be on an NFL roster in the next two days. The Green Bay Packers have also been an offensive machine this preseason and have looked better than the Chiefs for what it's worth. Getting four points seems to be the play here. There's no reason to consider big numbers in a game like this.