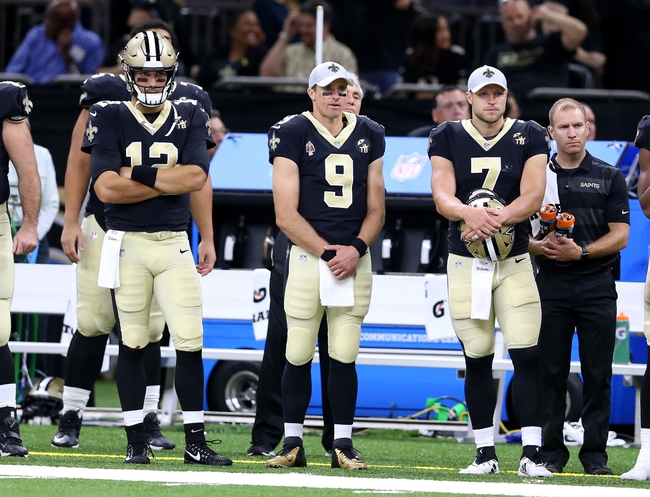 The Los Angeles Rams are now 2-1 in preseason action after beating the Houston Texans, 21-20. In the victory, Sean Mannion and Brandon Allen combined for 119 passing yards, one touchdown and one interception. John Kelly led the Rams with 64 rushing yards and two touchdowns on 15 attempts while Freddie Brown and Fred Brown combined for 70 receiving yards on 10 receptions. Taurean Nixon led the Rams with eight tackles, McKay Murphy had one sack and Micah Kiser had one tackle for loss. The Rams are averaging 20 points in their last two preseason games and Jared Goff hasn’t thrown a pass this preseason. That’s key considering the Rams will be playing pretty much the same guys they played last week. The Rams have scored at least three points in seven of their last nine quarters. The Los Angeles Rams have split their last six preseason games.

The New Orleans Saints are now 2-1 in preseason action after beating the Los Angeles Chargers, 36-7. In the victory, Tom Savage and Taysom Hill combined for 165 passing yards, one touchdown and zero interceptions. Hill led the Saints with 35 rushing yards and one touchdown on six attempts while Tommylee Lewis and Tre'Quan Smith combined for 84 receiving yards and one touchdown on six receptions. Marshon Lattimore led the Saints with five tackles, George Johnson had one sack and Manti Te'o had one tackle for loss. The Saints are averaging 25 points through three preseason games and Drew Brees has played less than a quarter total. The Saints have scored at least eight points in four of their last five quarters. The Saints have to be pleased with what they’ve seen from their backup quarterbacks, but deciding who wins the job won’t be easy. The New Orleans Saints have won four of their last six preseason games.

The Los Angeles Rams are one of those teams that haven't played their starters much this preseason and didn't play their starters at all last week. So, what you've seen from the Rams through the first three games is what you're getting here. That's key. Also, I'm not trying to lay more than three points in preseason games. Not only are these games coin flips, but we've seen many tight lined games that land oddly close to the number. Anything above three points is pushing it. Give me the Rams and my points.