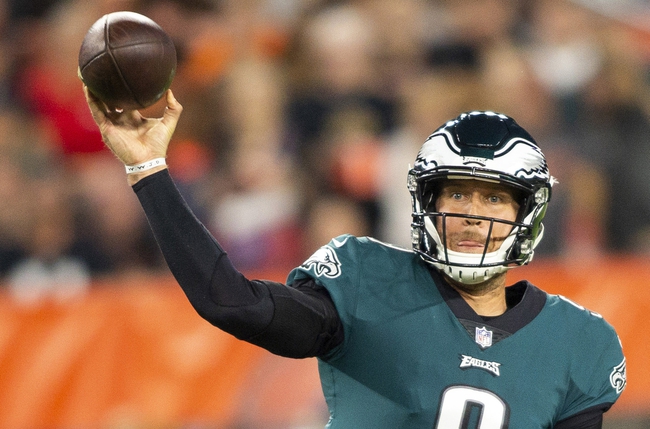 The New York Jets are now 1-2 in preseason action after losing to the New York Giants, 16-22. In the losing effort, Teddy Bridgewater and Sam Darnold combined for 174 passing yards, one touchdown and zero interceptions. Bilal Powell led the Jets with 24 rushing yards and one touchdown on 10 attempts while Andre Roberts and Trenton Cannon combined for 64 receiving yards on six receptions. Avery Williamson led the Jets with nine tackles, Frankie Luvu had one sack and Josh Martin had one tackle for loss. The Jets defense is allowing 12.3 points through three preseason games and has produced a combined 15 tackles for loss. That’s some impressive stuff from the Jets bread and butter, but now we sit and wait for Todd Bowles to make a decision on who won the starting quarterback job. The New York Jets have lost four of their last six preseason games.

The Philadelphia Eagles are now 0-3 in preseason action after losing to the Cleveland Browns, 0-5. In the losing effort, Nick Foles and Nate Sudfeld combined for 162 passing yards, zero touchdowns and two interceptions. Wendell Smallwood led the Eagles with 53 rushing yards on 12 attempts while DeAndre Carter and Matt Jones combined for 103 receiving yards on 10 receptions. Corey Graham led the Eagles with seven tackles, Jordan Hicks had one sack and Nigel Bradham had one tackle for loss. The Eagles offense has been shutout in each of their last five quarters, which probably has fans hoping more than ever that Carson Wentz will be ready for the season opener against the Atlanta Falcons. With the last preseason game meaning little to nothing in the grand scheme of things, the Eagles QB situation is the only thing on the minds of Philly fans. The Philadelphia Eagles have lost four straight preseason games.

The New York Jets still have an open quarterback battle going on and it's going to be itneresting to see who plays and who doesn't in this contest. The Jets are probably the safer bet given that Darnold or Bridgewater are probably going to play, and they both have the ability to move the football. However, these last preseason games are complete toss ups due to nothing but backups playing. When I can get a pick em in a game like this, I'm usually going to favor the home team. So, give me the Philadelphia Eagles.