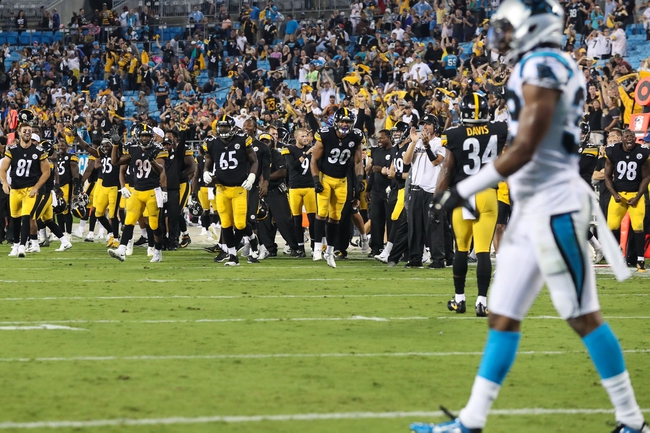 The Carolina Panthers and the Pittsburgh Steelers will be meeting up in NFL preseason action on Thursday from Heinz Field.

Carolina enters this season off an 11-5 mark in 2017. The Panthers finished second in the NFC South and had to settle for a Wild Card berth, where they lost in a tough game against the Saints 31-27.

The Panthers enter this one at 3-0 so far this year, following victories over the Bills, Dolphins and Patriots in preseason activity. In the New England game, Panthers QB Cam Newton put up an 11-of-17 line for 142 yards while Christian McCaffrey led the rush with 12 carries for 48 yards.

Over on the Steelers’ side, they’re coming off 13-3 in 2017, which led them to an AFC North championship and a Divisional Playoffs game versus the Jags. Pittsburgh lost that game 45-42 to send them packing early.

Pittsburgh is currently sitting at 2-1 this preseason, with a loss to the Packers mixed in with victories over the Eagles and Titans. In the Tennessee game, Steelers QB Ben Roethlisberger put up 114 yards and a TD through the air.

Both these teams have pretty high expectations for themselves going into the season, and both should do some damage in their respective divisions. Pittsburgh, in particular, is loaded with talent as usual, and is deservedly a favorite to come out of the AFC. That said, we won’t see much in the way of stars here, so I’m going to go Carolina.