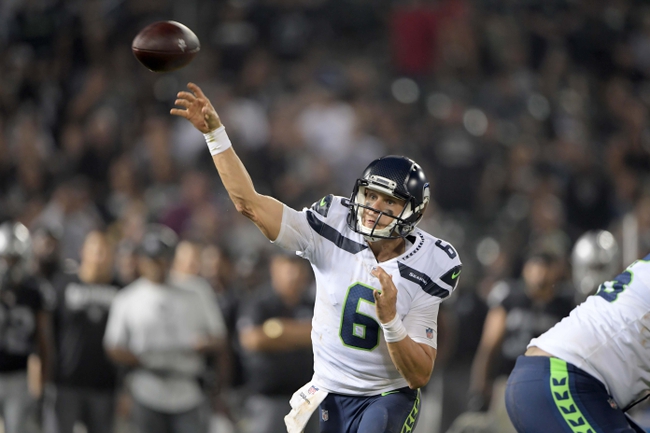 The Oakland Raiders will visit the Seattle Seahawks on Thursday in Week 4 NFL preseason activity.

The Raiders are coming off a 6-10 record last season, finishing in third place in the AFC West. Things will look different on the Oakland sideline this year though, as Jon Gruden makes his coaching return.

The Raiders are 2-1 in the preseason thus far, falling to the Rams and taking wins over the Lions and Packers. In the Green Bay game, Raiders QB Derek Carr was 2-for-3 for 68 yards and EJ Manuel added 87 yards on 8-of-12 passing. Chris Warren added a TD and 54 yards on the ground.

The Seahawks had a disappointing run last season, and sputtered into the gate at 9-7 in second place in the NFC West. It was Seattle’s first time failing to reach 10 wins since 2011.

Seattle is sitting at 0-3 this preseason, with losses against Indianapolis, LA and the Vikings. In the Minnesota game, Russell Wilson led the Seahawks with 11-of-21 passing for 118 yards, and Alex McGough added 140 yards, a TD and a pick through the air.

You really can’t tell much about what a team will do based on preseason numbers, but it’s a little concerning that the Seahawks haven’t managed to post a W yet. The important thing for Seattle is to make sure Wilson comes into the year firing, and he should be able to do that without much difficulty. Still, I’m going Raiders here with their top-to-bottom talent level.