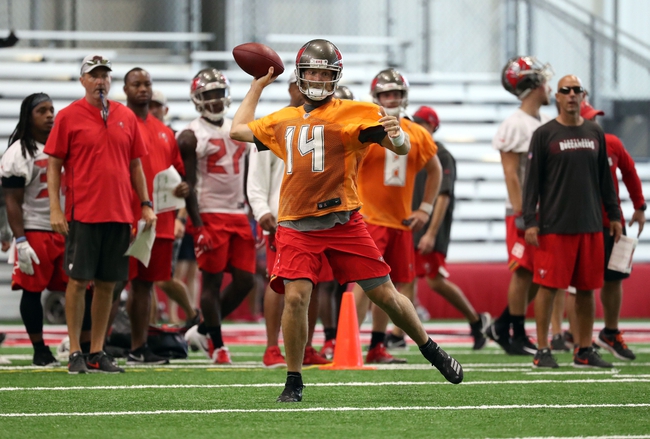 The Jacksonville Jaguars are now 2-1 in preseason action after beating the Atlanta Falcons, 17-6. In the victory, Blake Bortles and Cody Kessler combined for 259 passing yards, zero touchdowns and two interceptions. Leonard Fournette led the Jaguars with 57 rushing yards and one touchdown on 10 attempts while Donte Moncrief and Corey Grant combined for 101 receiving yards on eight receptions. Telvin Smith led the Jaguars with six tackles, Malik Jackson had one sack and D.J. Hayden had one tackle for loss. The Jaguars defense is allowing 13.3 points through three preseason games and has allowed no more than three points in their last five quarters played. While the Jags defense is out of this world good even in games that don’t count, the offense has taken a serious hit with the knee injury to wide receiver Marqise Lee. The Jacksonville Jaguars have split their last six preseason games.

The Tampa Bay Buccaneers are now 2-1 in preseason action after losing to the Detroit Lions, 30-33. In the losing effort, Ryan Griffin and Ryan Fitzpatrick combined for 182 passing yards, one touchdown and zero interceptions. Peyton Barber led the Buccaneers with 34 rushing yards and one touchdown on five attempts while Ronald Jones and DeSean Jackson combined for 73 receiving yards on four receptions. Isaiah Johnson led the Buccaneers with eight tackles, Jordan Whitehead had one sack and Kwon Alexander had one tackle for loss. The Buccaneers had a 3-0 preseason start in the bag before allowing 20 points in the fourth quarter and blowing the game on a last minute touchdown. The Bucs are allowing 23.6 points per game throughout the preseason and are fresh off a contest in which they allowed 28 first downs. A winning preseason record all of a sudden doesn’t look so good. The Tampa Bay Buccaneers have split their last six preseason games.

The Tampa Bay Buccaneers backups who blew the game in the fourth quarter to the Lions will be able to play majority of this contest and prove themselves to the coaching staff. That's motivation enough to back the Bucs here, as I'm sure there's a few players in that unit who are possible candidates to make the roster. In these last preseason games you have to find anything to hold onto, and the Buccaneers have an edge here at home based on the way last week played out.