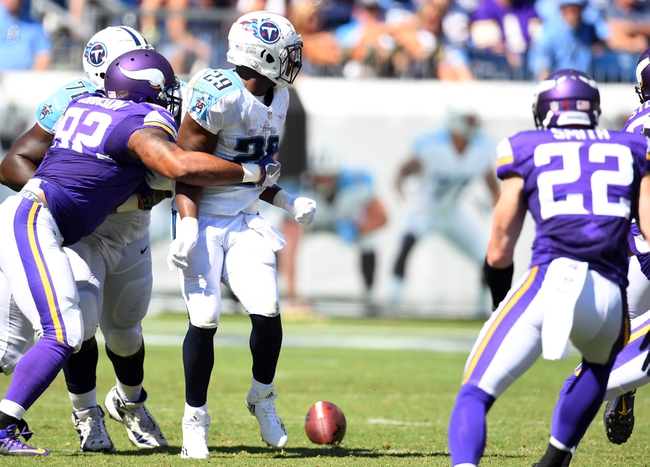 The Minnesota Vikings will visit the Tennessee Titans in NFL preseason activity on Thursday from LP Field.

Minnesota had a nice season in 2017, and they ended up going 13-3 with an NFC North Division championship. The Vikes won the Divisional Playoffs round over the Saints, but fell in the NFC Championship to the eventual champion Eagles 38-7.

Minnesota is currently sitting at 2-1 in the preseason, falling to the Jags and taking out the Broncos and Seahawks. In the Seahawks game, Minnesota QB Kirk Cousins logged 182 yards passing while Kyle Sloter managed 85 yards with a pair of passing touchdowns.

The Titans had a successful year in 2017 as well, going 9-7 overall and bagging second in the AFC South. Tennessee won the Wild Card Playoffs game versus the Chiefs, but were beaten by the Patriots 35-14 in the Divisional Round.

The Titans are sitting at 0-3 this preseason so far, falling to Green Bay, Tampa and Pittsburgh. In the Steelers matchup, Tennessee lost 16-6 despite 158 yards and a TD on 16-of-24 passing from QB Blaine Gabbert.

We’ve seen some flashes this preseason from both these teams, and each squad has some positive things to build on as we move into the new year. Still, from top to bottom I think the Vikings are the better team, and they should be able to show that here. I’ll go Minnesota.