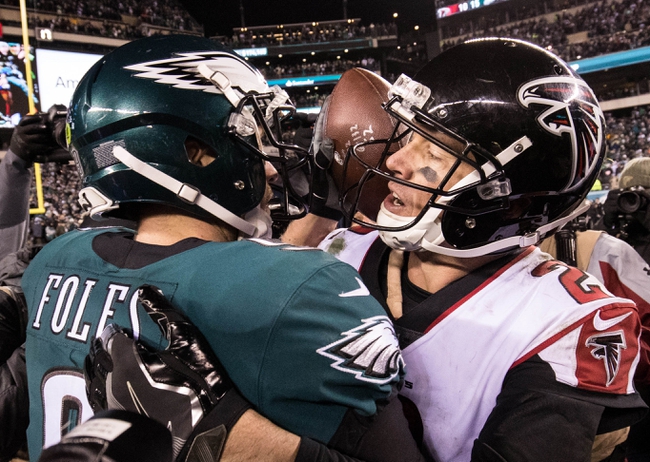 The Philadelphia Eagles are coming off their first ever Super Bowl title and hope to make playoffs back-to-back years for the first time since 2009-10. The Philadelphia Eagles have won six of their last seven regular season openers. The biggest question for the Eagles is the health of quarterback Carson Wentz, as he didn’t play in the preseason and seems to still be rehabbing his injury. Nick Foles was able to carry the squad throughout the playoffs and is a proven backup, but I’m not sure the Eagles are confident with him long term, as you feel much more comfortable with Wentz on the field. It also doesn’t help that Alshon Jeffery is expected to miss the first couple of games with a shoulder injury. Other than that, the Eagles are pretty much the same team from a year ago with one of the best offensive lines thanks to Jason Kelce and Lane Johnson. Defensively, the Eagles are super aggressive and the addition of Michael Bennett makes the defensive front that much scarier. If healthy at QB, the Eagles are a threat to return to the big game come February. The Philadelphia Eagles have won seven of their last eight regular season home games.

I think it's clear Wentz won't play in this game. Give props to the Eagles for winning the Super Bowl with Foles, but the guy looked awful in the preseason and he's dealing with limited weapons with the injuries to Alshon Jeffery and Shelton Gibson. The Atlanta Falcons are very healthy on both sides of the ball and have the confidence knowing they were a play away from winning a playoff game in Lincoln Financial Field back in January. Opening games also haven't been kind to the defending champs, as the Pats were waxed last year and the Broncos nearly lost the year before but didn't cover. Throw in the push between the Steelers and Pats, and the defending champs haven't covered an opening game since the Seahawks blowout over the Packers in 2014. Overall, there's value getting a free field goal with the healthier team. After all, the Falcons were laying 2.5 points in this game with similar rosters just eight months ago.