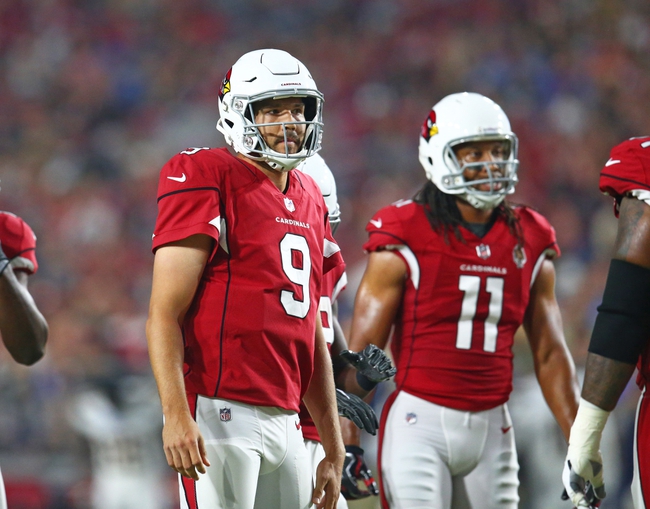 The Washington Redskins and Arizona Cardinals meet Sunday in NFL action at U of Phoenix Stadium.

The Washington Redskins have missed the playoffs back-to-back years and you can feel thereat getting warmer for coach Jay Gruden. The Washington Redskins have lost each of their last five regular season openers. The Redskins should be more reliable on the offensive end, as Alex Smith takes care of the football and makes the most of his weapons by spreading the ball around. Washington has underappreciated weapons on the outside, but this offense will certainly miss rookie running back Derrius Guice, even with the addition of Adrian Peterson. Defensively, there’s no excuse for the Redskins to have the numbers they had a year ago, especially when they have one of the top linebacker corps in Ryan Kerrigan, Zach Brown and Preston Smith. Da'Ron Payne will clog serious running lanes to help up front, but I expect bigger and better things from this Redskins defense this season. The Washington Redskins have lost each of their last four regular season road games.

The Arizona Cardinals begin a new era under Steve Wilks, who has just one year of head coaching experience, which came in 1999 at Savannah State. The Arizona Cardinals have split their last six regular season openers. The Cardinals have three new quarterbacks on their depth chart with the veteran Sam Bradford leading the way, but the big news is the health of David Johnson. Arguably the best running back in the game when on the field, Johnson gives this Arizona offense a much needed shot in the arm. Speedy rookie wide receiver Christian Kirk will also take tremendous pressure off of Larry Fitzgerald to do everything. Defensively, the Cards finished sixth last year in total yards allowed and will get a full season of Chandler Jones. A secondary made of Patrick Peterson, Antoine Bethea and Bubba Baker is one of the better units in the league. The Cardinals have surprise potential if Bradford can provide a noteworthy impact. The Arizona Cardinals have won five of their last seven regular season home games.

The Washington Redskins should be better with Smith leading the offense, but they haven't been great against the number on the road dating back to last season and I don't trust Gruden with my money. In fact, the Redskins have lost six of their last seven road games. The Arizona Cardinals are an undervalued football team, as they won eight games last year without their best player in Johnson and without a reliable quarterback. This year, the Cardinals have both, and they were really sharp at home, winning five of the last seven games. Of course, Bradford isn't special, but he should be solid in a game management role where he can rely on the playmakers around him. I like the home team in this pick em spot.