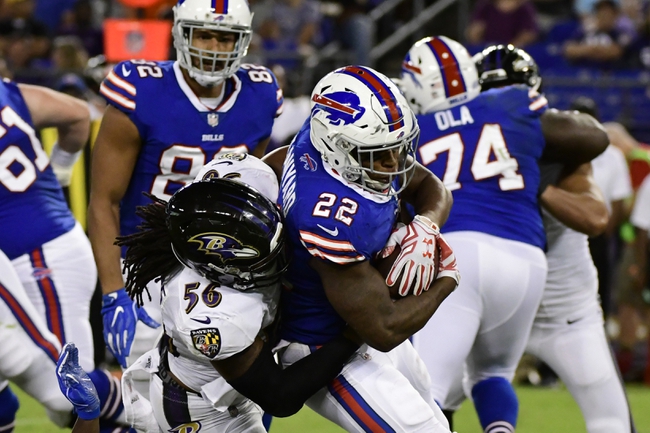 The Buffalo Bills and the Baltimore Ravens will be matching up at M&T Bank Stadium on Sunday September 9 to kick off Week 1 of the NFL season.

Buffalo is coming off a nice season in 2017. The Bills went 9-7 and finished in second place in the AFC East. After an incredible Wild Card playoff berth, Buffalo’s hopes ended with a 10-3 loss to the Jaguars in the first round of the postseason.

The Bills lost two of their first three preseason games, taking out the Browns 19-17 in Week 2 and falling to the Panthers and Bengals. In the final week, Buffalo managed a 28-27 win over the Bears by scoring 25 points in the fourth quarter.

Over on the Ravens’ side, they went 9-7 as well, finishing second in the AFC North. Baltimore’s playoff hopes were crushed in Week 17 as they fell to the Bengals on a last-second touchdown—the very play that sent Buffalo to the postseason.

In preseason play this year, the Ravens went 5-0. Baltimore logged victories over the Bears (in the Hall of Fame Game), Rams, Colts, Dolphins and Redskins as they rolled to an undefeated record in preseason play. In the Redskins game, the Ravens scored 13 points in the first half and 17 in the second on the way to a 30-20 win.

This is actually a really good matchup, and there will be plenty of animosity on both sides. Both teams are expected to contend in their respective divisions and both have a legitimate shot at Wild Card berths in the conference. That said, Baltimore seems a bit more stable and will be out for revenge here. The line is quickly inflating, so grab the Ravens at a comfortable number if you can.