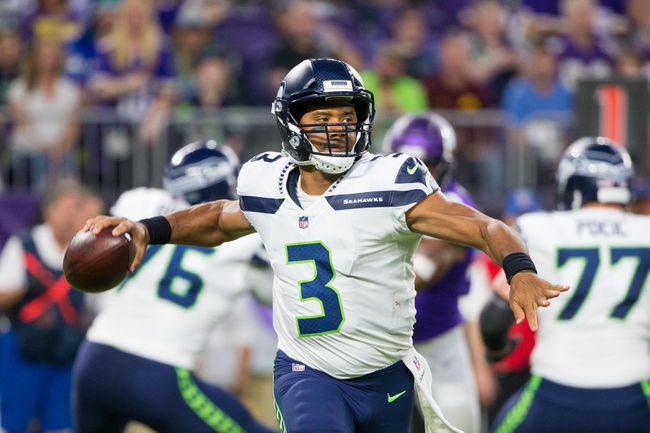 The Seattle Seahawks and the Denver Broncos will tangle in Week 1 NFL action from Sports Authority Field on Sunday, September 9.

Seattle comes into this one following an “almost” year in which they went 9-7. The Seahawks finished in second place in the NFC West and failed to qualify for the playoffs. It was the first time Seattle had been shut out of the postseason since 2011.

Over on the Broncos’ side, they’re fresh off a 2017 that saw them go 5-11 in a disappointing effort all around. Denver fell to the basement of the AFC West, and their eight-game losing streak sealed their fate.

In the 2018 preseason, the Broncs whiffed on their first pair of games 42-28 to the Vikings and 24-23 to the Bears before taking a 29-17 win over the Redskins. In the final exhibition game versus the Cardinals, the Broncos scored 18 points in the second half for a 21-10 win.

At face value, this seems like a no-brainer Seattle pick. That said, the Seahawks are not what they once were a few seasons back—especially on defense—and are rolling on name recognition alone. Denver doesn't have a lot to bank on either; they’ve got major questions on offense and will be relying on their defenders to carry them in the early-going—which isn’t a sure bet by any means either. The Broncos’ main advantage is an at-home opener against a retooling opponent. I am tentatively going to take Seattle if I can find them at +3 or better, but otherwise I’m staying far, far away from this game.