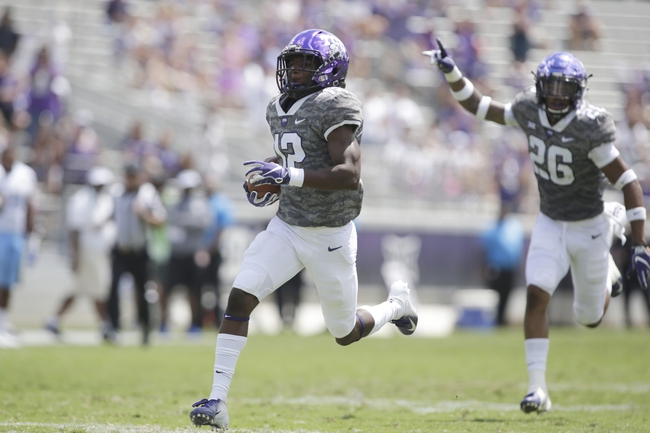 The Jacksonville Jaguars and the New York Giants square off in week 1 NFL action from MetLife Stadium on Sunday afternoon.

The Jacksonville Jaguars will look to build on a solid 2017 campaign, the Jags’ first full season under head coach Doug Marrone, which ended with the Jaguars securing their first playoff appearance since 2008 and improving on their 3-13 record the year prior with a 10-6 record and the AFC South division title. The Jags took down the Bills and Steelers in a pair of tight games in the Wild Card and Division round, before a 24-20 loss to New England in the AFC championship game. Blake Bortles is back under center after tossing for just under 3,700 yards, 21 touchdowns and 13 interceptions on 60.2% passing last season, while Leonard Fournette will hope to improve on a solid 2017 year that saw the LSU standout lead the Jags with 1,040 rushing yards and 9 touchdowns last season. Keenan Cole led the Jags’ receiving corps with 748 receiving yards last season, but lost leading receiver Marqise Lee for the season after suffering a knee injury during the preseason after leading Jacksonville with 56 receptions last season. Defensively, Marcell Dareus and Calais Campbell led the rush up front and Myles Jack leads the linebacking corps while Jalen Ramsey, Tashaun Gipson Sr., Barry Church and A.J. Bouye make up one of the most formidable defensive units in the league that finished 2nd in the league in total defense, with the best pass defense in the NFL, allowing just 169.9 passing yards per game, 23 fewer than Minnesota who finished 2nd.

The New York Giants will be looking to rebound after finishing the 2017 regular season with a 3-13 record, New York’s fewest wins in a season since 1983 and the fewest wins in the league only ahead of the winless Cleveland Browns. Eli Manning is back to lead the charge under centre after throwing for 3,468 yards, 19 touchdowns and 13 interceptions with a 61.6% completion percentage last season. Big Blue finally have their star to lead the ground attack, with Saquon Barkley being drafted by the Giants 2nd overall in the 2018 draft after rushing for 3,843 yards and 43 touchdowns in 3 years as a Penn State Nittany Lion. Odell Beckham Jr. appears to finally be healthy after playing in 4 games for the Giants last year, while Sterling Shepard and Evan Engram are back after Shepard led New York with 731 receiving yards while Engram caught a team-high 64 passes for 722 yards and 6 touchdowns. Eli Apple, Janoris Jenkins and Landon Collins remain in the secondary while Alec Ogletree and Olivier Vernon are back in the middle to help improve a Giants’ pass defense that was 2nd worst in the NFL last season, allowing 252.4 yards per game through the air and 2nd worst overall defence, allowing 373.2 yards per game last season.

With Beckham Jr. healthy and Saquon Barkley in the mix, I’m expecting the Giants to be a much better team than last season. However, I’m not ready to jump in with the Giants just yet just because they have all this talent. A team sometimes takes a game or two to gel, while Jacksonville brings back the majority of their solid core from last season. The Jaguars have a lot of expectation to live up to now after last year, but between these two teams, Jacksonville has the edge and I will lay the field goal with the Jaguars to pick up where they left off last season.