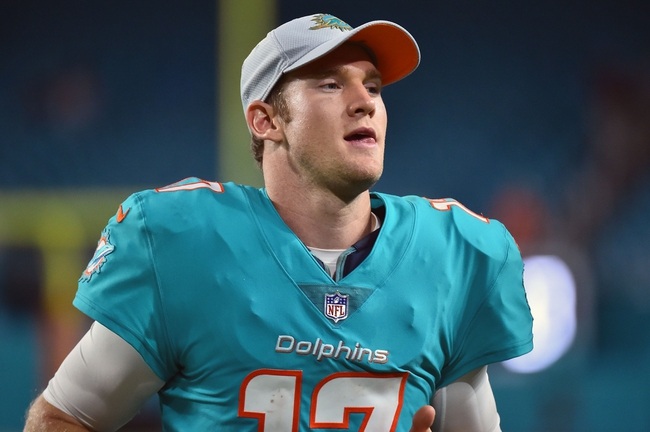 The Tennessee Titans look to take a step forward under coach Mike Vrabel and make the playoffs back-to-back years for the first time since 2007-08. The Tennessee Titans have split last six regular season openers. The Titans could use some improvement in their defense and they hope that new defensive coordinator Dean Pees is the answer to those issues. However, the Titans season really comes down to quarterback Marcus Mariota. Injury issues or not, it’s time for Mariota to spread his wings and show he’s capable of being the quarterback many thought he was coming out of Oregon. He’s flashes moments throughout the offseason and looked fast in the preseason, but this has to be the year he takes a big step forward if things are going to break for the Titans. If so, the Titans could be your surprise team in the AFC this season. The Tennessee Titans have lost three of their last four regular season road games.

The Miami Dolphins followed up a playoff appearance with a six-win season and now enter the critical third year under coach Adam Gase. The Miami Dolphins have won four of their last five regular season openers. The Dolphins should be a better football team with the health of Ryan Tannehill, as he showed tremendous progress under Gase before tearing his ACL and missing all of last season. As long as the offensive line holds up and Danny Amendola, Albert Wilson and rookie Mike Gesicki can replace Jarvis Landry, Miami could have a manageable offense. Defensively, getting linebacker Raekwon McMillan back from injury and adding Robert Quinn to the defensive line and Minkah Fitzpatrick to the secondary, the Dolphins should be improved on that side of the ball. I’m higher on the Dolphins than most, but this game is key with three of the next four contests on the road against tough opponents. The Miami Dolphins have split their last six regular season home games.

The Tennessee Titans have been the same team the last several years, and until Mariota shows he's capable of turning the corner, there's a ceiling on just how good this team is going to be. The Miami Dolphins have obvious flaws, but they're a more talented team than they were a year ago, as they improved at wide receiver and on defense despite losing big names on both sides of the ball. Getting a healthy Tannehill also helps, as he was very good in his first year under Gase before his injury. The Miami Dolphins are 6-3-1 ATS in their last home games as an underdog. The Tennessee Titans are 2-5 ATS in their last seven road games as a favorite. I don't understand why oddsmakers are so low on Miami this season when the roster is much improved from a year ago. Give me the Dolphins at home.