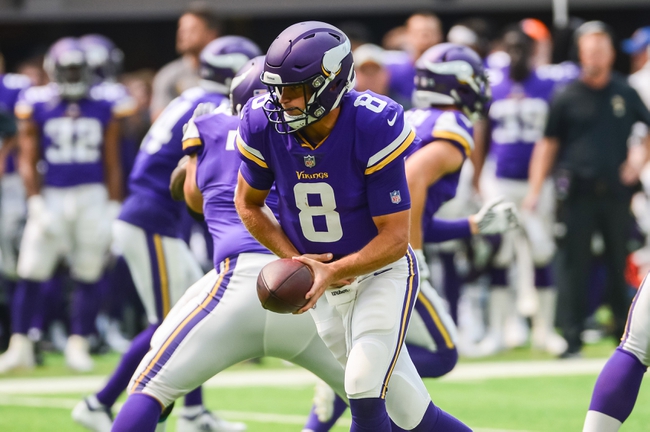 The San Francisco 49ers haven't made the playoffs in four straight seasons, but the hope is a last season turnaround can be carried over for this season. The San Francisco 49ers have won six of their last seven regular season openers. The 49ers have missed the playoffs each of the last four years, but the addition of quarterback Jimmy Garoppolo has some folks thinking the drought will soon end. In five starts with the 49ers last year, Garoppolo completed 67.4 percent of his passes for 1,560 yards and seven touchdowns, injecting life into an offense that produced 15 or less points in eight of the first 12 games. There’s enough weapons for the 49ers offense to be very successful, especially if a revamped offensive line can hold up. Defensively, the 49ers should be improved simply off the addition of Richard Sherman, who is still one of the better players at his position at 30 years old. San Francisco will be without Reuben Foster for the first time games, but Korey Toomer and others should be able to hold down the second unit until he returns. The San Francisco 49ers have won each of their last three regular season road games.

The Minnesota Vikings are fresh off one of their best seasons in franchise history in which they won 13 games and came so close to hosting the Super Bowl. The Minnesota Vikings have won four of their last six regular season openers. The Vikings are once again downright loaded on defense, as Everson Griffen, Eric Kendricks, Anthony Barr, Harrison Smith and Xavier Rhodes are some of the best players at their position. The Vikings have allowed 10 or less points in five of their last seven regular season games. Yeah, this unit is elite. Getting the Vikings over the top will come down to quarterback Kirk Cousins, who comes over from Washington and has 99 career touchdown passes and 55 interceptions. Cousins should do better indoors and his gunslinger mentality will help with better weapons. If Cousins makes better decisions and takes care of the football, the Vikings will push for their list Super Bowl crown in franchise history. The Minnesota Vikings have won each of their last five regular season home games.

I'm not sure anybody knows what to make of the San Francisco 49ers, as they obviouslly improved at quarterback, but there's still question marks on both sides of the ball and the offense couldn't finish drives in the preseason. The Minnesota Vikings remain loaded defensively and are sure to make life hell for Jimmy G, but I also see them as an improved team with the addition of Cousins. Yes, he turns the ball over a bit and forces passes, but he also gets those chunk yardage plays and puts quick points on the board. The Vikings will be more balanced this season and will be laying big chalk often. Just under a touchdown at home, I'll take it. I can't back the 49ers until I know exactly what type of team this is.