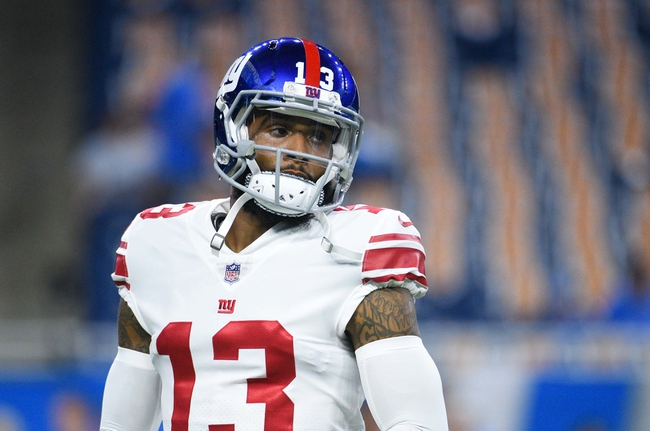 The Jacksonville Jaguars enter this year as a popular Super Bowl dark horse and hope to make the playoffs back-to-back seasons for the first time since 1998-99. The Jacksonville Jaguars have lost five of their last six regular season openers. The Jaguars enter this season with the most talented defense in the league and one of the best defenses in league history. There’s at least one All-Pro player at every level of this Jags defense, and that doesn’t include really good players such as Myles Jack, Malik Jackson and Yannick Ngakoue. Dante Fowler Jr. is suspended for this contest, but this Jacksonville defense will keep it in every game this year, it all comes down to the offense to match that level of production. Blake Bortles only shows flashes here and there, and his life just got harder with the loss of wide receiver Marqise Lee. Running back Leonard Fournette is great, but the Jaguars need to find some sort of passing game before they’re taken seriously as a Super Bowl contender. The Jacksonville Jaguars have lost three straight regular season road games.

The New York Giants have a new head coach in Pat Shurmur and have nowhere to go but up after just three wins last season. The New York Giants have lost five of their last six regular season openers. Offensively, the Giants should be drastically improved, as the offensive line has three new starters, Odell Beckham Jr. and Sterling Shepard are healthy, and the addition of rookie of the year favorite Saquon Barkley. As long as Eli Manning makes good decisions and has time to throw the football, the Giants could have one of the more explosive offenses in the NFC. The concern with the Giants was a defense that was 31st in the league last year in total yards allowed. Only the Tampa Bay Buccaneers allowed more yards than the Giants last season. Adding Alec Ogletree does improve the linebacker corps and Dalvin Tomlinson should be able to build on a promising rookie season, but overall, this unit needs to man up if the Giants are going to have a true bounce back season. Only time will tell, as the NYG are one of the more intriguing teams early in the season. The New York Giants have lost six of their last eight regular season home games.

I'm high on the Jacksonville Jaguars this season, as that defense makes a case for the best all time when you look at the talent at every spot. There's no denying the defense will keep them in every game, but I question the offense and the loss of WR Marqise Lee doesn't help. The Giants are extremely talented on the offensive end, and while Jacksonville will make it tough, it's only a matter of time before the home team breaks one or two. The Jacksonville Jaguars have failed to cover 10 of their last 14 road games when favored by at least three points. The New York Giants have covered seven of their last 10 home games when an underdog of at least three points. This is a game I have the Giants winning outright, but I'll also take the free field goal just to be safe.