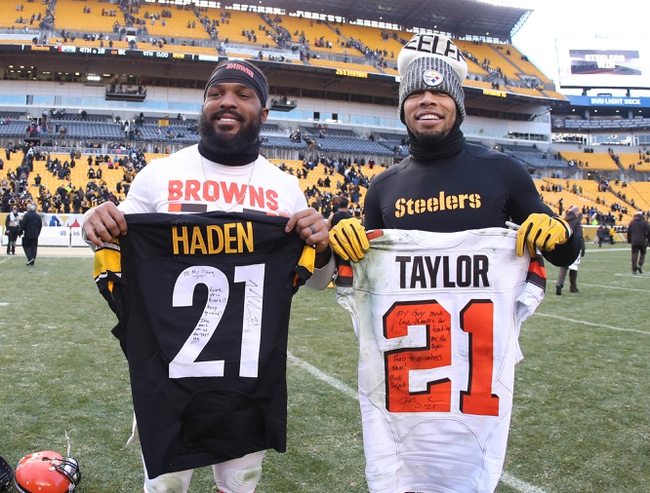 The Pittsburgh Steelers have made the playoffs each of the last four years, but it feels like that Super Bowl window is quickly closing. The Pittsburgh Steelers have split their six regular season openers. The Steelers have arguably the most explosive offense in the league but not having Le’Veon Bell show up to the team is concerning. Ben Roethlisberger, Antonio Brown and others are more than capable of carrying the load, but Pittsburgh loses that extra elite weapon that puts this unit over the top. James Conner is a more than capable running back, but losing possibly the best player at their position is irreplaceable. The Steelers defense has made strides over the years and is led by possibly the best group of linebackers in Vince Williams, TJ Watt and Bud Dupree. Get Bell back on offense and the Steelers can make another run as the best team in the AFC. The Pittsburgh Steelers have won each of their last six regular season road games.

The Cleveland Browns have won a combined four games the last three years, so there’s truly nowhere to go but up for this franchise. The Cleveland Browns haven’t won a regular season opener since 2004. The Browns have a completely new roster led by three new quarterbacks, Carlos Hyde at running back and Jarvis Landry at wide receiver. There’s potential on the offensive side of the ball, but it comes down to Tyrod Taylor or Baker Mayfield becoming a difference maker as a signal caller. Landry and Josh Gordon have a chance to be one of the best wide receiver duos in the league. Defensively, Myles Garrett should be able to build on his impressive rookie year while Christian Kirksey and Joe Schobert have emerged as quality linebackers. The Browns look decent on paper, but they’re the Browns, so it’s hard to trust them until they actually produce results. The Cleveland Browns haven’t won a home game since Christmas Eve of 2016.

Every year bettors make a case for the Browns and every year they set money on fire. The Browns have been dead last against the number each of the last two seasons, and that's with getting points pretty much every week. I know this roster is different and they said a lot of the right things during Hard Knocks. However, I don't bet off emotion. The fact is the Browns have been a joke both SU and ATS for years and you've made a killing just blindly fading them. Until we see the trends start to change, I'm not throwing a dollar on this franchise. Oh, and the Steelers have won nine of the last 10 meetings against the Browns.