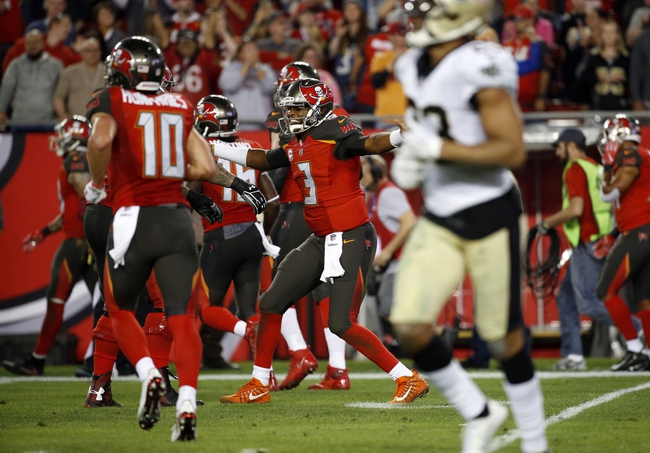 The New Orleans Saints welcome their division rivals from Tampa Bay to the Big Easy on Sunday as they aim to put last season’s playoff debacle behind them.

The Bucs head into New Orleans looking to make a statement in their season opener on the road, but they will have to do it without Jameis Winston who will be suspended for the first three games of the season, which is not great news for Tampa’s chances to kick things off. Tampa will turn to journeyman pivot Ryan Fitzpatrick who didn’t have a ton of chemistry with his receivers last year and with New Orleans’ high powered offense in full tow it’ll be hard to expect the Bucs to keep up if Drew Brees, Michael Thomas, Alvin Kamara and company are playing as they well as they can. Tampa’s front seven will have to be on point to try and slow down the Saints but of course that is much easier said than done.

New Orleans meanwhile is looking to put the Minnesota Miracle behind them and when it comes to complete rosters they certainly have one of the deepest in the NFL and should be considered at least a co-favourite to come out of the NFC this season. The Saints have one of the best and most explosive offenses in football but they have an underrated defense that should be able to keep them in games if their offense has stalled and that is what makes them a very good team and why the odds makers have them in a spot here where they are favoured by nearly double digits.