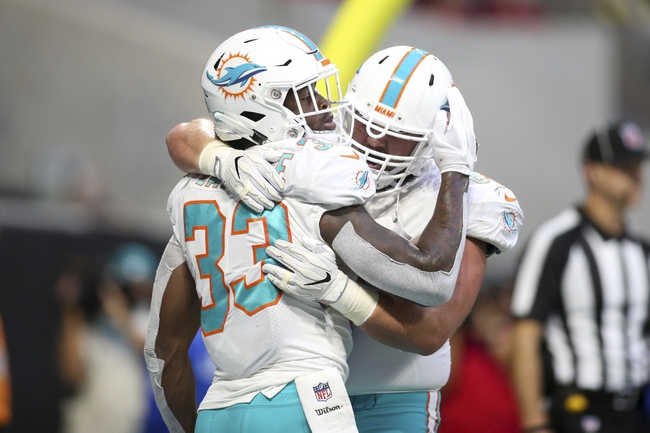 The Tennessee Titans will visit the Miami Dolphins in Week 1 NFL action on Sunday from Hard Rock Stadium.

The Titans managed a playoff berth in 2017, going 9-7 in the regular season and finishing second in the AFC South. Entering the postseason as a Wild Card, Tennessee beat the Chiefs 22-21 but lost the Divisional Playoffs to the Patriots 35-14.

Tennessee went 0-4 in the preseason, with losses to the Packers, Buccaneers, Steelers and Vikings. In the Minnesota game, Titans RB Dalyn Dawkins posted 17 carries for 53 yards to lead the Tennessee rushers.

Over on the Dolphins’ side, they’re coming off a rough year in 2017, going 6-10 and finishing third place in the AFC East. Miami started out well at 5-2 but then suffered a five-game losing streak that sealed their fate.

The Dolphins finished 1-3 in the preseason, falling to the Buccaneers, Panthers and Ravens before taking out the Falcons 34-7 in the final game. Miami QB Brock Osweiler led the way in that one, tossing for 147 yards and two TDs.

Neither of these teams has a ton of expectations heading into 2018, but some are picking them as dark horse candidates for a Wild Card berth in the conference. Week 1 in the NFL is always a bit of a debacle, as teams get their proverbial bearings and figure out what their identities are. Still, I’m not convinced the Dolphins have upgraded enough to make a serious run at the playoffs, so I’m going Tennessee here. This is probably a game to stay away from, though.