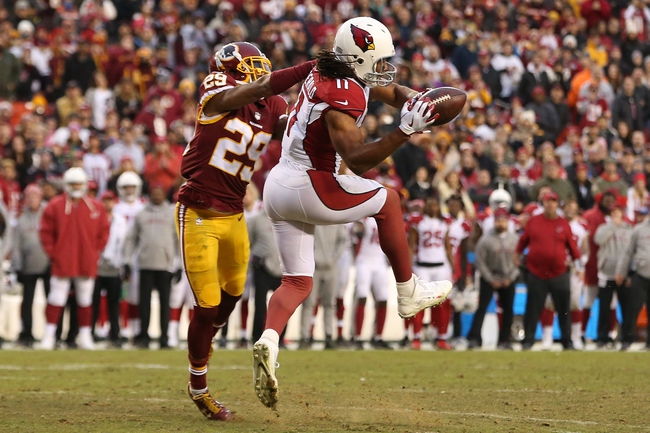 The Washington Redskins and the Arizona Cardinals will be matching up at University of Phoenix Stadium on Sunday to kick off their NFL seasons.

In 2017, the Redskins had a forgettable season, going 7-9 and finishing in third place in the NFC East. Washington lost seven of the last 12 games after coming out of the bye week at 2-2 overall.

In the preseason, the Redskins managed to go 1-3, beating the Jets but falling to the Patriots, Broncos and Ravens. In the Baltimore game—a 30-20 loss—the Redskins’ Kevin Hogan threw for 272 yards, three scores and two picks.

As for the Cardinals, they logged an up-and-down campaign in 2017 as well, going 8-8 and falling to third place in the NFC West. It was the second straight missed playoffs for Arizona.

Arizona had a fairly promising preseason, going 3-1 overall with wins over the Chargers, Saints and Cowboys. In their final exhibition game, the Cards fell 21-10 to the Broncos. Mike Glennon led the Arizona offense in that one with 69 pass yards and a TD.

The line on this game has been running pretty close to flat, as no one really knows what to expect from either one of these teams in comparison to last season. The Redskins in particular seem to have a bit of a tougher road as they’re in a pretty good division, while the Cardinals could very well be competitive in theirs. In any case, this is something of a coin flip but I’m going with at-home Arizona.