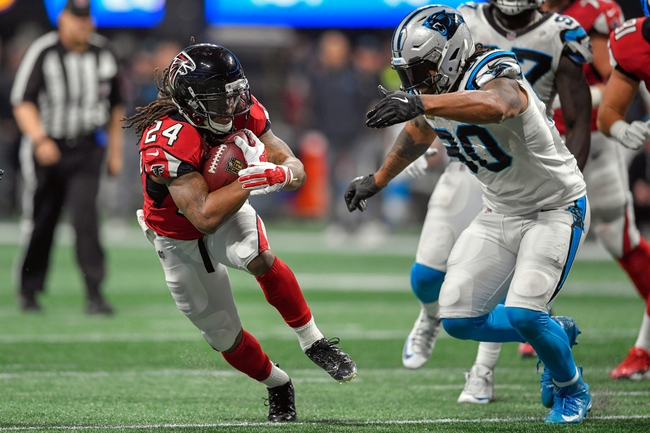 The Atlanta Falcons need a bounce back victory here to avoid their first 0-2 start since the 2007 season. The Atlanta Falcons have won four of their last five home games. Matt Ryan is completing 48.8 percent of his passes for 251 yards, zero touchdowns and one interception. Ryan has one or less touchdown passes in each of his last seven games. Julio Jones and Tevin Coleman have combined for 195 receiving yards on 11 receptions while Austin Hooper has three receptions. The Atlanta Falcons ground game is averaging 74 yards per contest, and Devonta Freeman leads the way with 36 yards on six carries. Defensively, Atlanta is allowing 18 points and 232 yards per game. Deion Jones leads the Atlanta Falcons with nine tackles, Brian Poole has one sack and Robert Alford has two pass deflections.

The home team has won five of the last six meetings between the Panthers and Falcons, and Atlanta has the advantage of extra time given it played last Thursday. However, I'm not sure how anybody can lay big chalk with the Falcons given their situation. The Falcons not only have issues finishing in the red zone that carries over from last season, but they lost two Pro Bowl defenders and will be without their top running back in Devonta Freeman. Even at full strength, an argument can be made that the Panthers are the better team. Banged up, the Panthers getting nearly a free touchdown seems like a steal. I wouldn't be shocked at all if the Panthers won this game outright.