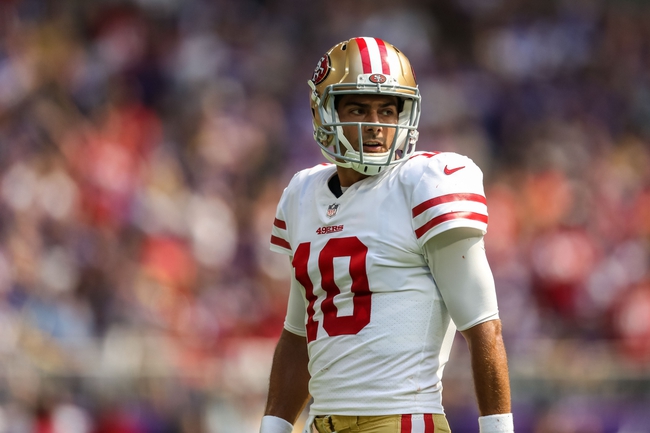 The Detroit Lions need a bounce back victory here to prevent their first 0-2 start since the 2015 season. The Detroit Lions have split their last six road games. Matthew Stafford is completing 58.7 percent of his passes for 286 yards, one touchdown and four interceptions. Stafford has five touchdown passes and five interceptions in his last three games. Kenny Golladay and Golden Tate have combined for 193 receiving yards and one touchdown while Marvin Jones Jr. has four receptions. The Detroit Lions ground game is averaging 39 yards per contest, and Theo Riddick leads the way with 20 yards on four carries. Defensively, Detroit is allowing 48 points and 349 yards per game. Tavon Wilson leads the Detroit Lions with six tackles, Devon Kennard has one sack and Quandre Diggs has one interception.

I'm never the guy who overreacts or puts too much stock into one game, especially the first game of the season. However, it's fair to say that the Detroit Lions are an awful football team. Stafford continues to come up short when the game counts, the running game hasn't improved no matter who gets the rock and the defense can be gashed. Everything we've seen with the Lions over the years is the exact same stuff we saw Monday night under a new coaching staff. The San Francisco 49ers are sure to play better at home than they did on the road against the Minnesota Vikings, a game that's not easy for any team in the league. I'll lay the chalk here, as I simply have no faith in the Lions and what they're doing.