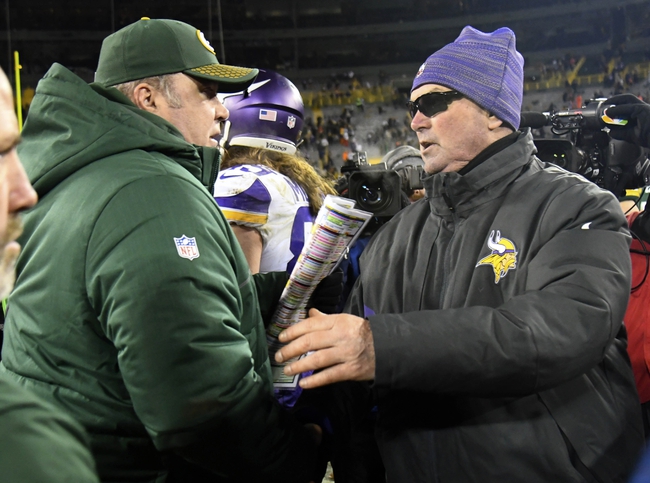 The Minnesota Vikings look for a statement division victory to start 2-0 for the second time in the last three years. The Minnesota Vikings have won six of their last seven road games. Kirk Cousins is completing 55.6 percent of his passes for 244 yards, two touchdowns and zero interceptions. Cousins has two or more touchdown passes in six of his last eight games. Adam Thielen and Dalvin Cook have combined for 157 receiving yards on 12 receptions while Stefon Diggs has three receptions. The Minnesota Vikings ground game is averaging 116 yards per contest, and Latavius Murray leads the way with 42 yards on 11 carries. Defensively, Minnesota is allowing 16 points and 327 yards per game. Harrison Smith leads the Minnesota Vikings with eight tackles, Danielle Hunter has one sack and Mike Hughes has one interception.

The Green Bay Packers look for another home victory to start 2-0 for just the second time since 2013. The Green Bay Packers have lost four of their last six home games. Aaron Rodgers is completing 66.7 percent of his passes for 286 yards, three touchdowns and zero interceptions. Rodgers has three or more touchdown passes in five of his last six games. Randall Cobb and Davante Adams have combined for 230 receiving yards and two touchdowns while Geronimo Allison has five receptions. The Green Bay Packers ground game is averaging 69 yards per contest, and Jamaal Williams leads the way with 47 yards on 15 carries. Defensively, Green Bay is allowing 23 points and 294 yards per game. Kentrell Brice leads the Green Bay Packers with nine tackles, Nick Perry has one sack and Jermaine Whitehead has one pass deflection.

The Green Bay Packers have lost four of the last five games against the Minnesota Vikings, and this may be the best version of the Vikings we've seen yet. The Vikings still have one of the top defenses in the league, but the offense has more balance with Cousins at quarterback and a playmaker such as Cook helping in both rushing and receiving. The Vikings are scary good and you won't see them at lines this low often. With that said, and while the Vikings are the better team, we're still getting the Packers and Rodgers at home in a near pick em spot. I'm not turning that down. The Packers have won SU five of their last six home games when the line was anywhere from a pick em to a three point favorite. We're basically just asking the Packers to win this game, something you can feel confident about knowing Rodgers is at quarterback and is the ultimate equalizer. I like the Packers here as one of my favorite bets on the board this week.